Bucket List
The Importance of Communication
Distress from Galleria

Fallout 76
“Ha, no bigger trap for tourists and teenagers than a Pre-War shopping center. Why visit a historic landmark when you can browse the Men's Wear section at Big Steve's Sporting Goods? No, I'm kidding. I love malls. It's like a junkyard, with more organization.”— Sam Nguyen

Valley Galleria is a location in the Mire region of Appalachia.

The Valley Galleria was a pre-War shopping center, located on Highway 65 in Appalachia. It served the nearby communities of Harpers Ferry and Berkeley Springs, as well as Watoga, though to a lesser extent. The Galleria had three anchor tenants - Valley's Boutique, Big Steve's Sporting Goods, and DeMarco-Boyle Housewares. Additional stores and several eateries were also present, such as the Little Italy pizza and pasta restaurant, the Grey & Gould Jewelry Designs and Repair store, a toy store, books, and stationery store, an electronics store, and even a small dive bar. On the day of the Great War, a piano recital was scheduled in addition to a showing of the Cherry Bomb. Outside, the parking lot is cornered by a Red Rocket fueling station and auto garage and a diner at the end of the mall.

After the war, the Galleria became a haven for ghouls in Appalachia, referred to by survivors as "the Changed."[1] Led by Lucy Harwick, the ghouls sheltering in the Galleria welcomed others like them to travel there and be accepted with "open arms, and more importantly, open hearts."[2] Some time after this, the mall was abandoned by the ghouls, leaving only ferals behind, becoming a prison[3][4] and grave for Jacob Lerner,[5] who was on a mission to find some particular flowers for Free States doctor Ella Ames.[6]

The galleria is L-shaped and has two floors, accessible from different stairs across the building. The ground floor is a large plaza consisting of shops, tables, little stages, a piano, trees, and a fountain. The second floor is smaller and has a variety of accessible shops.

The mall has some sporadic loot both notable and junk, a few locked safes and a parking lot full of volatile nuclear vehicles. Inside the Red Rocket fueling station, there is a weapons workbench and a stash box. A steamer trunk is located upstairs in the northwestern end, in the Valley's Boutique store. A random encounter can spawn in the small clearing next to the Red Rocket, right of the area where the player spawns in when fast traveling to the location.

Valley Galleria appears only in Fallout 76.

Highway 65 running past the Galleria 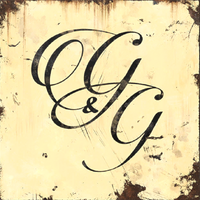