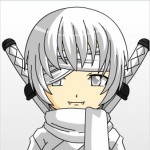 Know that you are using the wrong infobox, the page does not follow the basic layout and does not have proper categories. ☢ Energy X ☣ 22:15, November 13, 2015 (UTC)

So why is there not to be a Salvaging station Page?Is there a page for all the settlement buildables or what?I'd think the salvaging station should have a page or a redirect as it would be something I think people would like for sure info on, How much does it gather, What does it gather, etc?Zflocco (talk) 22:31, November 13, 2015 (UTC)

Can you write the Notable loot section decapped? So not Notable Loot but Notable loot, which is standard here. Jspoel

You're not using the character template for new pages. You can select it at the top once you create a new page. Now Clinton is missing sections. Jspoel

Yes I make mistakes, everyone does, And I'm trying to get better at fixing said mistakes, but I'm also trying to throw pages up so they actually exist and can be expanded upon, And usually when I'm updating the wiki I'm playing the game and updating as I go, so I start doing one thing, finish the article or edits, and then find out 2-5~ minutes later, oh hey this was wrong or this needs to be added/edited etc. But a lot of what I'm seeing being edited is more of just being anal and isn't a necessary edit. Zflocco (talk) 14:33, November 15, 2015 (UTC)

If you mean of the spawning info, the note was just moved down; it was not the proper section, considering Characteristics is more for general info (appearance, effects etc.). ☢ Energy X ☣ 21:35, November 15, 2015 (UTC)

Which picture are you referring to? Jspoel

It was a dupe indeed. About your images, can you make them around noon (no shadow), 1920*1080 format, highres and (for characters) while you're in conversation? It will give the best result. That's how I did the FO3 and FNV images. Haven't gotten around to it myself, maybe you feel like it. Jspoel

I've been making a huge list of things to be adding images to, if you've got any areas in mind that need an image I'll do it, as for the taking at noon captures, sometimes there isn't a chair/bed nearby to wait seeming as they took that out (Got a console command to forward time a bit?) as for alot of things for landscapes I've done 1920x1080 haven't I?for Items & People I've cropped out unnecessary background/radiant things as I figured they wouldn't be necessary seeming as it's supposed to usually be a 'close up' of them. As for the conversations, I'm assuming you mean with them looking at you, with no menus? Zflocco (talk) 01:30, November 17, 2015 (UTC)

Mostly character and location images I think, 1920*1080 for location images. Maybe you can cut a bit off the character screenshot (so it's 8*5 format). Take these screenshots while in conversation, and take time to snap the best one, a few attempts perhaps. I've spent a lot of time on it in previous games and it's worth the effort. Use set gamehour to 12 to fastforward to noon. We also need decent quest images, because on a lot of pages there are bad quality icons and those need a proper ingame image. Also, all the pages of other categories without an image need one, one of minimal good quality and without a HUD. Jspoel

Here's an example of what I mean:

If you have a good rig, try to cap them in as highres as possible. Try saving in .jpg if the file would get too big. Jspoel

Also notice the filename. It's Tina De Luca.png. You can't give it a better name as that one. Jspoel

Apparently you updated the talk page when I did and everything I typed out was lost because I thought it published..., what be 8*5 res?Example like 1920x1080? thanks for the Console command that'll make things easier, quest images being what exactly?usually I've been taking pictures of characters/locations pertinent to the quest in question. "Also, all the pages of other categories without an image need one, one of minimal good quality and without a HUD. " explain please?I'm tired so my mind is mush right now. As for taking SCs when in conversation, alot of articles/pictures I've done are on hostiles, corpses (who you can't talk to unless you're crazy :D), or people who generally only say a single line of passing dialogue. Usually when taking captures of people I usually but keep the console up to freeze them, for ones who just won't stand the hell still, I tai/tm. Also on my list of images to obtain are all the player made drugs, I.e. Berry/grape mentats, Just for some I need chemist 1 Zflocco (talk) 01:56, November 17, 2015 (UTC)

As for the thumbnail, I'll need an explaination on that, as for the good rig things, it's a mediocre one, and I'm playing on medium but IMO Medium looks beautiful enough to pass for SCs. And what should I be doing in jpg?I've done everything in png and put everything as Fo4*Namepertainingtopicture* as that's what the Big scary red text says to do, or something similar to it. Zflocco (talk) 02:06, November 17, 2015 (UTC)

Better respond on my talkpage instead of yours, then I will get a notice of it and probably no edit conflict. 8 to 5 resolution I mean 1728*1080 (that's a comparitive scale). So slice a bit of the character picture on the side. Quest images I mean infobox images on quest pages. Those icons which I now see aren't any good. By other pictures I mean, all pages that don't have an image need one. So that's a general observation. About your latest images, make them landscape and not square of portrait. Landscape looks better. Also zoom a bit more out, the blood pack one is somewhat an "in your face" image. Give it a bit more room. But do try the Ultra res option to make screenshots. I have a medium PC but I just tried it on Ultra and I still have reasonable movement on my screen, and better sharpness. I earlier said jpg, but first try it in png format, see how it goes. NPC baseid you can find on https://drive.google.com/folderview?id=0ByNfKiygZRfia24zZW9jVDF4Uzg&usp=sharing&tid=0ByNfKiygZRfiVzhoVlNaSFpQNm8 (NPCID.ONLY) and the refids you have to go to that NPC and click on it. Jspoel

as I said before, habit. But in the usage there it's a name>Radscorpion, and the stinger was pertaining to it so it's possessive no? In any case, surely I've been making such errors less? Zflocco (talk) 15:04, November 17, 2015 (UTC)

Eh, in both cases it should be lowercase ("radscorpion stinger" and "radscorpion's stinger"). Like said, radscorpion isn't a personal name of th being. If it was, both examples would be uppercase. For example: a person named Amy has a stinger and therefore it would be "Amy's stinger" or "Amy stinger". ☢ Energy X ☣ 15:11, November 17, 2015 (UTC)

I don't know about those emails, maybe check your preferences if it says something about it there. I deleted it because the traps should be on an overview page, like on Fallout 3 traps. Jspoel

Everything Fallout 4 needs a lot of work. You created it, let's see where it goes from here on. Jspoel

Hey I noticed you've been uploading pretty HQ super mutant armor images, I attempted to do one for the Super Mutant Bladed Helmet but it's pretty low quality and I appear to have put it in the wrong place. I'm not sure how to add it to the image box since I already tried to click that upload image button and it did nothing. at any rate, I added the BaseID so you can take a fancy high quality screenshot if you want, also added Bladed Helmet to the Super Mutant Armor page at http://fallout.wikia.com/wiki/Super_mutant_armor http://fallout.wikia.com/wiki/Super_mutant_bladed_helmet --Neuroactive51 (talk) 23:28, November 30, 2015 (UTC)

How do you add the clean blue background I see on a lot of your images? It makes it much easier to create a transparant image, like I just did with Mirelurk egg (Fallout 4). Jspoel

How did you create that clean background on images? Jspoel

Retrieved from "https://fallout.fandom.com/wiki/User_talk:Zflocco?oldid=2426266"
Community content is available under CC-BY-SA unless otherwise noted.