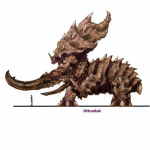 Hm...just to ask if there's a more.. private way ofchatting.Feeling little exposed in the chat and all.

Just yahoo? I have a yahoo acc but it gets little hard for me. If you happen to have MSN or Skype would help me greatly. Just for the text really hahaha.

Yeah. NV does it differently, a flat .2 item health per shot for all weapons, but FO3 uses a different formula. It seems each shot does X% of weapon damage to the health of the weapon. For guns it's .03% and it's different for energy, "launchers" and melee. The weapon condition page has some of the info, but I don't think it's all there. The Gunny

How's that stack up to your numbers? The Gunny

Yeah. I ran the weapon decay numbers for FO3 and most looked ok. When I went to edit the Big Guns, there were already numbers there for some of the weapons from in game tests that didn't mesh with mine. I think they were all explosive weapons, e.g. fatman, missile launcher, etc.. I could really use some hard numbers on, say, the missile launcher. Any chance you're interested? The Gunny

Hey, Zerg, if you're up to it I was wondering if you wanted to test the Experimental MIRV in FO3. I just wanna make sure it follows the same formula even though it shoots 8 rounds at once. I'm checking out the companion weapons in NV since I don't think the magical companion ammo degrades them. Also, I was wondering if you would mind if I placed your name on the Fallout Wiki:Weapon condition project page. You've been a big help, and I think you should get the props for it. Let me know, thanks again. The Gunny

For your vote, it is appreciated! I shall rule chat with an iron fi... um, with grace and fairness! Thanks again for the faith in me, I shall do my best to make sure you didn't make the wrong choice Carl! Loves <3

You missed the fact that it also increases your overall health by 25.

No worries. :') To be honest, I was overzealous anyways since I didn't crunch the numbers until after I removed the WO note. Guess I got lucky. :P

Sorry, Zerg. I still got no internet since the move last week, and now I'm in Michigan on vacation. Just going off memory, I think with all perks it's the laser over the minigun, but I don't have my laptop with me to get concrete figures. I'll be back (hopefully with internet) around the 22nd. The Gunny

I removed it because repeating things listed in the infoboxes only leads to clutter in the articles.

Thanks for your support! Edit

Hey Carl, thanks a bunch for voting for me on my moderatorship request. Your support not only in this but on a lot of other things has been really valuable, and I'd like to extend the same to you now as well. You've been doing a really great work, and you drive to contribute is exactly what this wiki needs. So don't let mistakes or nay-sayers pull you down, keep it up! ;D Toodles~ Limmiegirl

Thanks for adding that concept art, but those images need to be uploaded to this wiki with the Add image button. Think it's policy and also they would leave red links if Flickr should decide somehow to move or delete the concept art page. Jspoel

Probably needs to become a community effort. I'd like to see them all (with maybe some exceptions) uploaded to here in the very high resolution KAG did. So before you upload them check to see it we don't already have them. I have confidence we'll get them all in due time. Jspoel

I'm sure you know that I'm on military deployment, and if not, now you do. Anyways, onto the thing I came here to say. This is easily the most dangerous thing I've ever had to do, and I just wanted to say that if I get labelled KIA/MIA, I just want you to try and forget about me. It sounds stupid, I know, but it's for the better.

Best thing to do is to throw up a forum defending yourself and the actions that took place in chat. If you know someone who was on at the same time as the incident, have them copy/screencap the comments that were made and add those to the forum.

Well Cart is infamous for being very... candid sometimes, but that does not justify insulting him. At any rate, GAv's bot must've logged everything and as Leon said, you should set up a forum discussion if you want to continue pursuing this. -ΣΔLet's talk! 21:58, March 11, 2012 (UTC)

I didn't say he had, nor was I there myself. Like we said twice already, set up a forum page discussing this if you are so ardent about it. You can't go wrong with bringing in the community to hear and share your thoughts. -ΣΔLet's talk! 22:05, March 11, 2012 (UTC)

Please don't take your frustrations out on Sigma. I understand your concerns, but as I said, you're going to need to put something official up so this matter can be addressed properly. I promise you that will get you more results to possibly getting you unbanned.

Altough I don't know you, I'd rather warn you - there was a guy saying that he was banned for no reason and made a discussion. However, he made some things like giving some proofs he was unjustly banned. It took a while and an admin banned him pernamently. I suggest to write carefully. MysteryStranger: Trust in the power of Infinity! 22:06, March 11, 2012 (UTC)

Yes, Mystery is right. Just take the evidence (GAvbot's logs, if he was there) and testimonies and set up a forum page under wiki discussion if you want to pursue this. It won't be the first time but you might have a case here. -ΣΔLet's talk! 22:09, March 11, 2012 (UTC)

Please calm down, I think you're making the mistake of thinking we're talking down to you or patronizing you when we're just trying to help out. If everything you say is true, and I'm not saying what you're saying isn't true, then you should tread lightly so your words can't be used against you to discredit any evidence you might gather.

We'll make sure your hearing is as fair as possible, as we do with any forums that pop up questioning bans. Just take this in stride and present the facts clearly when you throw the forum up.

Glad to hear it. Wish I could be more help at the moment, but I have no idea what transpired in chat so I guess I'll just have to wait for the facts to present themselves first before weighing in. Good luck and all that jazz.

Hey if you wanna talk I'm at the Warhammer chat as well. Limmiegirl

Your chatban has been lifted. You were in the wrong with that insult, but I can understand how you've been pushed towards it, so I'll cut you a break. I hope you and Cartman! will make peace, so chat will be a good place to be for everyone again. Jspoel

yo,are u good with the n.c.r,please for ur life,choose correctly —Preceding unsigned comment added by FALLOUTsaint (talk • contribs). Please sign your posts with ~~~~!

Here, I think this is long overdue. I know for a fact that you've done quite a bit for the project, (at least compared to some of the others listed as "participants :P).

I don't understand this medal. I've browsed your edits this year and there are hardly any on weapon pages, let alone adding condition content. And your name wasn't on the project list. So I removed the award from your userpage. I don't think you deserve it. Jspoel

The reasons I changed your edits are: there's only 1 notable Mister Orderly, so the s at the end can be skipped. I shortened resistance to prevent the 100% being pushed to the next line. Quotes should be a decap. And I added " for a reason. A quote should be between two ". Jspoel

I know, the GECK says they have a Melee Damage but I've also noticed the robots don't use it. Maybe they didn't want to bother anymore or ran out of money to add it. Jspoel

You and me one on oneEdit

i dont know you but is your player female or male?

I found a bug in tenpenny tower I went in a room while killing people and the door was forever closed and I had to reload my game.—Preceding unsigned comment added by 70.195.64.67 (talk • contribs). Please sign your posts with ~~~~!

Hey! Can you let me know when you're free? Just send me a message when you are, and I'll jump into chat.

Think you can anything with my idea? :D Just let me know if you ever need to talk about it, and I'll jump into chat.

Welcome to congress! Here are your userboxes to set your title and show that the pigeon approves! Along with this comes a frank horrigan MKIII

About the unforgettable thing you've said, I made a sandbox for it. Here, enjoy the lulz. Any suggestions for the page? Post it at my TP. -- Gauzz Rifle (talk | contribs)

Why do you say that? Edit

Do come in my page to talk about things that you don't understand. The game is very popular and relevant and is not something "I pulled out of my ass". Do not use that tone with me. You don't have meaningful things to say to me, I don't know why you jump in to harass me hey for your info you're late on the party, I've already been harassed here. Don't talk trash to me you don't know me I am right in this one I already dislike you so no more talk like that understood. I will be making an account soon and you have not made any friends today I hope you are ready for the consequences because they will be unwavering and direct like a high precision strike of a tomahawk ( the missile not the throwing axe).

try coming back in, leave me a message if you cant. JASPER//"Do you like hurting other people?"

Merry Christmas and a Happy New Year Zerginfestor! Yours Always; --

Merry Christmas, Zerg. It's been a very long and rewarding year. I wanted to thank you personally for all the help you've given over the years with mucking around with gun numbers. I know you're always there when I need help, and I appreciate that. Hope the best for the new year.  The Gunny

Where art thou Du'Galle? Edit

You know what to do.

Hi, sorry I guess I don't recall introducing my self. Have we met before ?

OK so more to the point, this is awkward as like I said I don't recall speaking to you but it would be considered by me to be an honest favor if you could please say why you voted against my chat ban lift.

I have had a harsh year or so just to say the least so sadly enough small stuff like this matters to me. As I said I don't recall any reason you should speak against me but if you feel you have a good reason I can respect your right to your opinion.

Chat's been crashing the last few days. We had it back last night, but then it died again. Checking at CC, they say they are working on the problem. No time table for the fix, though. The Gunny

Thanks, gave me quite a lot of insight in the 30 minutes I was in the chat.

Retrieved from "https://fallout.fandom.com/wiki/User_talk:Zerginfestor?oldid=2377974"
Community content is available under CC-BY-SA unless otherwise noted.