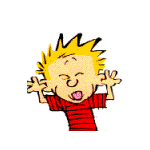 I do not believe that is a needed category as it is not really relevant and duplicate. I will discuss this with other admins and I posted on the categories talk page. Please feel free to leave your reasons for having the category there. Thanks.--Kingclyde 04:45, September 18, 2011 (UTC)

I would not be opposed to merging the two, though I think it makes more sense to put the "radio stations" into the "radio facilities" rather than vice-versa.

why? who says it isn't one and what reason do they have for beveling so?

Did Bethesda say it wasn't a reference? are all the other references on the wiki required to be confirmed by Bethesda?

or is it just somebody with the power to do so throwing it around to force their opinion because they can? Arbys 01:57, September 25, 2011 (UTC)

There was a good reason for the note. If you don't like it, discuss it on the Talk page. If you stop to think about it, maybe the note is there so many folks put the inane "Yogi Bear" reference in there that other people got sick of fixing it.

Frankly, I don't give a spit what Bethesda says; this is not a Bethesda wiki (it's not my wiki, either--I'm just an editor).

Also, get off my ass, pal! I didn't do a thing to you other than suggest you will get along better here if you don't piss people off (which, so far, you're not doing a good job of). If you don't want to play nice and follow the rules, though, I recommend you get the flip out of here and start your own wiki. UncleBubba 02:07, September 25, 2011 (UTC)

Providing some argument to support your opinion as to why it isn't one would be great, as it is now its "don't add it cause the <!~~comments say not to" and that simply isn't enough for a question of "RAR WHAT DON'T U UNDERSTAND!! I SAID NOT TO RAR BLARG" if there isn't anything beyond that to back up that opinion :) Arbys 01:59, September 25, 2011 (UTC)

Did you stop to consider that maybe--just maybe--I didn't originally put the note there? You really are acting like a spoiled little brat, you know? As I said before, I don't think it will get you very far here. UncleBubba 02:07, September 25, 2011 (UTC)

Actually, Arbys is right about all his recent removals of behind the scenes content. In the case of sugar bombs, he even left the more general and more certain reference intact while removing several weaker and contradictory entries. See my post on his talk page.--Gothemasticator 03:26, September 25, 2011 (UTC)

Hey, THANK YOU! I wondered if there was such a thing but didn't know the name and haven't had time to look for it. Most of my wiki editing has been on the English WP and internal (corporate) wiki's that I have to try to keep cleaned and oiled. Thanks again!! UncleBubba 23:56, September 27, 2011 (UTC)

Yes, ships, planes and cars are often referred to as "she", but computers and industrial robots, (automatic lathes, etc.), are usually called "it". "The Machine" is usually thought of as a soul-less device without gender. Our other reason was that all the other places on the page, Mr. Gutsy was referred to as "it". Its no big deal, either way, (is FISTO male?, we would say not).DarthOrc 03:48, September 30, 2011 (UTC)DarthOrc

We pretty much just say state motto, state bird, state flag, etc. Not really any problem in it. If someone did start crying I'd just tell them to grow a pair.

Mara, I absolutely agree with you. I'd much rather call all of 'em states, even the four (I think) that are commonwealths. I did what I did because I've seen some editors correcting it and I'd rather not have the drama. Besides, it really wasn't needed there, so everyone wins, wouldn't you agree?

No prob. To be honest I never even knew that the phrase was our state's motto until the DLC came out. The only thing that I really paid attention to is that you could get in deep shit for hurting a cardinal (state bird), since one of our cats was constantly after them.

Thanks! I knew something wierd happened when I undid that edit lol.

I'd just like to thank you personally for voting for me. Now that I'm a moderator, I'll do my very best to ensure that your vote does not go to waste. Thanks and cheers! Almighty Higgey (talk page) 22:02, October 21, 2011 (UTC)

Retrieved from "https://fallout.fandom.com/wiki/User_talk:UncleBubba?oldid=1449583"
Community content is available under CC-BY-SA unless otherwise noted.