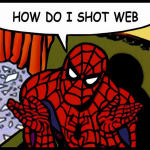 Greetings, The-Artist-64, and welcome to the Fallout Wiki! We appreciate your contributions, and we hope you will make more!

The map shows Vault 101 below the Potamoc River, and 87 above. As the river is the state line between Maryland (North) and Virginia (South) we do have a definitive answer. Again, I would like my changes to remain, please.

First of all, pre-War there were no states. There were commonwealths, 13 of them. Secondly I would argue that in-game location designations take priority, and precedence shown establishes this. Lastly, this is not the place to discuss this. Your edits were first reverted by another user. Your decision to revert those edits began an edit war. The place to discuss this is on the relevant talk page for the article. Richie9999 (talk) 02:03, June 4, 2015 (UTC)

But, beyond that, because there is definitive proof, can the changes remain? The states DID exist before the war, note the Nevada flag and license plate.

yeman, and i agree as well, and it can be like that kinda every so often, jus gotta sit through it innit, and yeye sure, gonna get onto making that page soonish bro, maybe tonight or tomorrow

Plan on sticking around the wiki for the long-haul? I do not necessarily agree with your stance that Bethesda has ruined/will ruin the Fallout franchise, but you seem to know your stuff in regards to old-school lore, and I am always up for debates.

If you do end up sticking around, I am sure we will be seeing each other quite a bit in the fora/blog-space. Until then! User:Sarkhan the Sojourner 19:19, June 16, 2015 (UTC)

Thanks. That came from the heart. We need people like him, especially with a new game in sight. Jspoel

Martin was already listed further down in the section.

Sorry it took me so long to get back with you: I did not even see your message until I was going through my TP again. :/

You seem like the kind of person I would like to debate with, though. I do not frequent Nukapedia as much these days - do you happen to have a Skype account? If you do, the one that I use for wiki-friends is GarouxBloodline1. User:Sarkhan the Sojourner 16:15, August 5, 2015 (UTC)

I have reopened the memorial vote. I have removed all votes, and all comments due to the unpleasantness and questions over what the vote was for. I have reframed it around the intention of the vote, and would ask that all participants read through my comments about removing the previous comments. This isn't directed at anyone, this just a message I'm sending all participants. This is a recording. Agent c (talk) 18:18, August 11, 2015 (UTC)

I must say, I'm truly impressed with your persistance in trolling. Bravo. If anything, the Bethesda games are outside canon.

It's vs its editEdit

You can leave whatever content you want on your userpage, but we cannot have a "Red link" to a deleted page. It messes up the reports we use on the wiki. I'm sure you'll do the right thing and help us keep this wiki clean, and with good links. Agent c (talk) 21:29, December 13, 2015 (UTC)

We don't allow red links. But, considering how you helped out the Wiki a bit, the page has been restored AND moved to userspace. A fitting alternative. ☢ Energy X ☣ 21:36, December 13, 2015 (UTC)

I saw the message on Pally's page and took care of them for you. If you have anymore put the {{Delete}} template on them and someone will swoop in and deal with them. Sakaratte - Talk to the catmin 14:19, June 25, 2018 (UTC)

Retrieved from "https://fallout.fandom.com/wiki/User_talk:The-Artist-64?oldid=2868102"
Community content is available under CC-BY-SA unless otherwise noted.