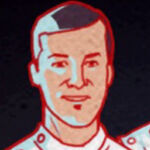 Greetings, Skysteam, and welcome to the Fallout Wiki! We appreciate your contributions, and we hope you will make more!

Hello Just saying hi, as simple as that.

Thank you very much for your vote on the petition. We have had talks with Wikia/Fandom, and a settlement has been proposed. I encourage you to review it and have your say here. Agent c (talk) 20:34, September 8, 2017 (UTC)

Thank you for participating in the video forums so far.

In order to work out where to go from here, I've created another forum asking the community where our "Red line" is, and whether or not I should continue to be the point person on this.

Hello, this is just a quick message to let you know a fourth question has been added based on the current feedback, especially from those who voted for removing the videos. Sakaratte - Talk to the catmin 19:53, September 10, 2017 (UTC)

Okay, I think its clear that going ahead with a meeting is a good idea. At this stage I would like to open the floor to agenda items. We have the following things to discuss.

I'll be asking a number of people to speak on certain issues, but as always there will be plenty of room for discussion.

I propose that the meeting be held at 3pm North American Eastern Time on Sunday 24 September, this should be 8pm in London, 9pm Central European time, and Midday North American Western. If there are any objections please note them below and we'll look into alternative scheduling, the more objections the harder we look for a new time.

We have arranged facilities for the meeting, it will be held online. It is open to all persons who have participated in any of the video discussion threads up to today, except those employed by Fandom/Wikia inc (as this is the Community's meeting), or have been employed by them in the recent past.

Votes taken in this meeting will be taken as consensus view of the wiki, so everyone is encouraged to attend.

We have setup a discord server (Nukapedia's Fallout Shelter) located here. It is mobile friendly (via an app) and is very flexible.

Although everyone is welcome in our social space (The-Common-Room), only persons who meet the above criteria will be admitted to The-Town-Hall (where the meeting will be located). You may be asked to verify your account before this access is granted. Agent c (talk) 21:53, September 11, 2017 (UTC)

Thought I would let you know the behind the scenes content has been removed a couple of times, the Anon who removed it today is actually Level3Rogue/Xa3 and before this date, Richie and Mara. You might want to bring it up on the talk page for the article and rattle it out between you. Sakaratte - Talk to the catmin 19:54, October 6, 2017 (UTC)

Just a bit of a general note regarding talk pages: Don't forget to sign your post by placing ~~~~ at the end of your message, or else it'll be hard(er) to find out who left the message! Anyway, I found you, and I'll take a look at the talk section you opened on the Courser uniform.

Where you at? Edit

This was meant to be a ban, but I hit the wrong button and can't get to a pc to change it. You posted a meme in Discord that used the "N" word, plus I had to speak to you last week about memes using derogatory words too. Considering that the meme is arguably fine from a cultural perspective, I'm not going to ask for the kick to be amended to a ban by another user, however the next time the rules are broken it will be a ban. Check your memes before posting in the future. Sakaratte - Talk to the catmin 06:42, March 23, 2018 (UTC)

You're free to come back whenever you're ready. A kick doesn't block you returning. Just be more mindful with your memes in future. You wouldn't be the first person to fall foul of not thinking. Sakaratte - Talk to the catmin 12:28, March 23, 2018 (UTC)

Baka is the leader of the Fools who thematically or jesters and and believe anyone who chooses to live in the apolocalpyse. Baka herself admits she's an idiot in dialogue, which is why the cultural reference exists.

It doesn't need to be on the Fallout Demo article, so you were right to pull it. Might want to double check that it is referenced on her page though. Sakaratte - Talk to the catmin 11:35, June 4, 2018 (UTC)

Hi, You’ve previously expressed an opinion on whether we should remain with Wikia, and the Featured Video Situation. Its really important we hear from you again about what we should do about it. Please participate in the vote here. Agent c (talk) 13:03, August 11, 2018 (UTC)

Heyo sky. Apparently, Capital Wasteland got revived with plans to just voice the characters by themselves similar to Fo4:NV. Are you going to be a part of the team again or are you done? Love, Silent 😘 silentWraith_291 {♤Niner Ace of Spades♤} (talk) 07:51, January 3, 2019 (UTC)

As you may have already seen, voting for the proposed merger has been reopened. Voting was originally postponed so that users could better discuss the proposal, and after a lengthy conversation, that forum has since come to a close. For more information, please see the discussion itself. The post is a little lengthy, but if you are truly interested in making an informed decision, I would recommending read through it.

Because this discussion may or may not affect how you voted initially or your rationale at the time, please review your post so that it reflects your current beliefs accurately.

This is only a notice of open polls and is not soliciting a change of vote. This is a generic talk page message intended only as for any and all voters, so as to avoid any indication of bias towards a particular outcome. Voting is slated to end on 5:01 pm November 1, 2019 (UTC).

The formal vote can be found here.

Retrieved from "https://fallout.fandom.com/wiki/User_talk:Skysteam?oldid=3103670"
Community content is available under CC-BY-SA unless otherwise noted.