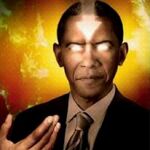 Greetings, SilentWraith 291, and welcome to the Fallout Wiki! We appreciate your contributions, and we hope you will make more!

I've discussed the block with a bureaucrat as I wasn't 100% comfortable with the ban. "The only good i see in the legion ahem i mean slavers" was a little bit trolly in my view, especially as users were already getting upset. Be mindful in the future about others on the topic in future before making such statements. Sakaratte - Talk to the catmin 21:57, December 18, 2017 (UTC)

For clarification, the above is the reversal of the ban after discussion. Consider it rescinded. Sakaratte - Talk to the catmin 21:56, December 21, 2017 (UTC)

You wanted an answer as to why I won’t talk to leon.

I’ve decided to give it to you.

Lest I be accused of starting something, I’m also finishing it. I won’t respond to any requests to talk about anything that happened or anything else on the subject.

However, you should review the following. Here, here, and there’s even more here

Read my friends words, and Make up your own mind. We both made the mistake of getting too involved, and both got our hands burnt in the process.

Why would you try end a conversation only to add a "however" at the end of it? It seems like you're trying to force having the last word.

I've done this for Chris, who gave a rationale for his vote and it feel it fair to respond to you too.

I can assure you my reasons have nothing to do with snake moves. I have things I want to get done and have hit barriers in doing so. I don't have access to a lot of technical elements that are needed to that, in some cases I've have to talk admins/bureaucrats through what needs doing.

Quitting was to do with my own health and that it it, no snake manoeuvres, no ploys, nothing. It isn't in my nature, but that isn't exactly something you can convince someone of.

As for scavenge shit, I'd rather build my own things than take someone else's, and as far as passion projects go, that they may be, but I'm realistic enough to know they can't survive on this place alone and would need the support of many other groups and individuals. I like to play around with ideas, see what works, see what won't, but I would never endorse something I believed wasn't suitable (hence why I recommended against Exodus). Besides scavenging can be done without any rights or roles. I can see every page, every character of code without needing rights; after all wikis were designed on the premise of sharing knowledge and that goes all the way through its design and development, making everything a community does available to everyone.

As for wanting to split the community, not really, I'd rather the community deal with its own problems and close it own schisms than lean on the bureaucrats/admins for all the answers. Personally, I feel one of the biggest reasons for the community being divided at this point (if it still is) is because from past experience, users would rather be passive aggressive to each other instead of bringing their issues head on and dealing with them. A single strong community is better than 2 communities or a single divided one. Sakaratte - Talk to the catmin 10:25, October 8, 2018 (UTC)

You have just been blocked for insulting other users, namely myself. I actually wasn't going to get involved in discord as I'd said in my reinstatement request, but that was over the line and I've also notified the other admins of my actions as a double check on my decision). The block is for a week. Sakaratte - Talk to the catmin 12:45, December 9, 2018 (UTC)

I’m considering it, yes. I talked to the project lead, NafNaf, and they seem to be looking for level designers the most. I showed some pictures of the Shelter cell I had made before the project was shut down, and they seemed interested by it. I might make some more cells for them... but it really depends on how much free time I have :-/ Skysteam (talk) 18:32, January 8, 2019 (UTC)

Sax issued a warning on the post in question and it was not followed. When asked to move on or curb a certain behavior by a mod, please do so. For your convivence here is a link to the /d guidelines. This is a month long ban and may be followed by an permanent ban should further moderator action need to be taken. The Dyre Wolf (talk) 05:20, October 2, 2019 (UTC)

As you may have already seen, voting for the proposed merger has been reopened. Voting was originally postponed so that users could better discuss the proposal, and after a lengthy conversation, that forum has since come to a close. For more information, please see the discussion itself. The post is a little lengthy, but if you are truly interested in making an informed decision, I would recommend reading through it.

Because this discussion may or may not affect how you voted initially or your rationale at the time, please review your post so that it reflects your current beliefs accurately.

This is only a notice of open polls and is not soliciting a change of vote. This is a generic talk page message intended only as for any and all voters, so as to avoid any indication of bias towards a particular outcome. Voting is slated to end on 5:01 pm November 1, 2019 (UTC).

The formal vote can be found here.

Retrieved from "https://fallout.fandom.com/wiki/User_talk:SilentWraith_291?oldid=3103739"
Community content is available under CC-BY-SA unless otherwise noted.