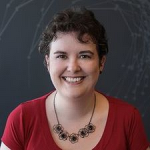 Please leave any new messages at the bottom of this page. Thanks! -- sannse (talk)

Hi there Sannse. I can't see what I am doing wrong by aiding the transition of the Vault to its new home, so therefore, I will continue to make changes which in the majority opinion make this easier and are for the good of the two communities. As for causing harm, I have never been banned or warned for harming this wiki. In fact, that is why I am among the first people to become 'Moderators'. So I would like to ask you how I am harming the wiki exactly, as I am simply changing mention of The Vault to the Fallout Wiki to show that this is no longer the former.

Somehow I missed this one until I got the notification for the next message - so sorry for leaving it hanging!
There's a lot of discussion on this point, and it's probably best to keep it together on Ausir's blog post. The short version is that it may be damaging to the future of this wiki to change the name, so it's not a decision that should be made by those who are choosing to leave this wiki (or one that should be made at all right now... the situation is too new and should stabilize first!) Thanks -- sannse

No, changing the name doesn't affect the future of this wiki, it affects the future of Wikia, and its profit margins, just because if you lose the name, you'll lose the hits on search engines to the real Vault. Also, I didn't see this because you did reply on my talk page, but I think it is a decent compromise to keep it on the blog posts.

Your recent reversal of edits made to protect Paweł Ausir Dembowski's intellectual property rights as to the The Vault trademark are in violation of current United States law. Title 15, section 1125, heading c, point 1 states:

“Subject to the principles of equity, the owner of a famous mark that is distinctive, inherently or through acquired distinctiveness, shall be entitled to an injunction against another person who, at any time after the owner’s

mark has become famous, commences use of a mark or trade name in commerce that is

likely to cause dilution by blurring or dilution by tarnishment of the famous mark, regardless of the presence or absence of actual or likely confusion, of competition, or of actual economic injury.”

(A) is likely to cause confusion, or to cause mistake, or to deceive as to the affiliation, connection, or association of such person with another person, or as to the origin, sponsorship, or approval of his or her goods, services, or commercial activities by another person, or

(B) in commercial advertising or promotion, misrepresents the nature, characteristics, qualities, or geographic origin of his or her or another person’s goods, services, or commercial activities, shall be liable in a civil action by any person who believes that he or she is or is likely to be damaged by such act.”

As you can clearly see, your actions constitute a deliberate attempt to cause dilution by blurring a famous trademark (The Vault), which has been made famous by Ausir, who, as the original founder of The Vault and its principal administrator, is the present owner of the trademark.

The reason is simple: the section I quote protects unregistered, but famous marks, ie. The Vault name and logo. Thus, we request that you cease injuring Ausir's exclusive rights to the trademark and rename your site to an inoffensive name.

Hi Agent c: please see my reply on the other copy of this (on Ausir's blog post). Thanks -- sannse

I'm sorry, what? I'm not going to let him slander admins that aren't even here anymore, and I have to wonder what your problem is with Itachou that you would let him be publically insulted for... what, exactly? Because Aestune agrees with you? You're gonna let someone say whatever they want if they're on your side? I will not overturn Aestune's ban, he can wait it out. I'm also particularly insulted that you think I'm removing 'opposition'; he has as much right to an opinion on the Vault as I do, as long as he's respectful. Except, y'know, he's shown he's not.

In any event, I have no idea what the 'shut the fuck up' part was about. Was there a comment prior to Aestune's that had been deleted before? I can't be expected to ban people for comments that I haven't seen and nobody's directed me to.

In addition addition, if Aestune is indeed a sockpuppet of a previously banned user (User:Flower of Pock-Lips, in this case) then Cartman! has every right to extend the block length. This is our standard procedure for ban evasion (though our previous ban durations were actually shorter than what is written in our administration guidelines), so I'd appreciate if you did not belittle my fellow administrator as well by calling his response less than honest. Nitty Tok. 01:18, November 23, 2011 (UTC)

I would like to state (although you will probably claim conflict of interest) that I agree with this ban for the following reasons. Firstly the user is a known troll, who has been banned many times (on different accounts may I add, via proxies), and is currently circumventing a ban that was imposed a few month ago (so the original ban was no way influenced by current events). Additionally, with comments like this "WoWWiki moved because Blizzard wanted to control the third-party community so they could wring more cash out of their subscribers. Curse's entire business is compromising everything and everyone (single-handedly causing almost all account hacking by selling Bnet emails to hackers) to line their pockets.". You and I both know this wasn't the reasons for there move, the comment is a simply lies and defamation of character. Such comments are nothing more that flame bait. Now I can understand you wish to have them unbanned, but I can also site conflict of interest on your part in this matter, since it is the only voice in the community to speak outright for Wikia. If he was to be unbanned, the discussion would soon escalate into a free for all flame war with heated emotions (which it was heading that way already) and would not serve the interest of either party involved. In fact it would probably serve to alienate more contributors here, by allowing such things to happens.

I wasn't aware that his ban was indefinite when I had posted my first comment, though I stand by it. He has no right to insult anyone for the sake of his argument, and I'd gladly go through the 'supporters' comments to ban anyone that needed it as well. I haven't been paying overmuch attention to the forums, I assumed that it was being policed by essentially every other administrator anyway (and it's a looot to read). To boot, he was not banned at first because, as far as I saw, he kept his arguments more civil.
I also think it's incredibly short-sighted of you to allow someone that is insulting the community to speak as a member of the community. You have no right to let Aestune say anything if Aestune is going to use his time to insult people, regardless of whether he's arguing competently or not. Would you not also ban someone that supported staying but insulted you directly? I'm honestly very appalled in you, ma'am, that you're going to let him spew his hate just because he's supporting you in a legal-speak manner. Nitty Tok. 01:41, November 23, 2011 (UTC)

Retrieved from "https://fallout.fandom.com/wiki/User_talk:Sannse?oldid=1497160"
Community content is available under CC-BY-SA unless otherwise noted.