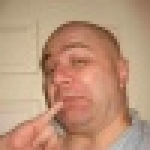 Questions? You can ask in the Forum or on the "discussion" page associated with each article, or post a message on my talk page!

Need help? The Help page has an outline of the site, and pages to help you learn how to edit.

I removed the delete tag from articles like Vault 101 Text Messaging Reader. I don't see how the fact that they can't be used by the player is relevant. Sure, they might not be exactly high-priority articles, but there's no point in deleting them either. I agree with e.g. merging some Vault 101 sub-locations, but not the deletions. Ausir 09:40, 11 April 2009 (UTC)

They clutter up an already cluttered site. What's next? Articles on "Gas Valve", "Elevator Control" and "Sink" - all of which are actual named objects, which "Vault 101 Text Messaging Reader" is not? There needs to be a better sense of what's important, and that article - and the others I tagged - are pointless and cluttering. –Rpeh•T•C•E• 09:47, 11 April 2009 (UTC)

I find it interesting lore-wise, and I definitely won't be deleting it. You might find it pointless, but I definitely don't. Ausir 09:49, 11 April 2009 (UTC)

It's not just lore, it's all about context for the game. If you are truly immersing yourself in the experience, the constant broadcasting of propaganda is a huge part of the setting. Listing all the crap that npcs (and your player character) overhear is relevant information. Campaigning to delete articles you personally don't like is not really useful to anyone but you. Wikis are for everyone. — Game widow 09:52, 11 April 2009 (UTC)

I too support the inclusion of these articles. They may seem 'pointless' to many, but Fallout features a rich, textured setting, and it's always wonderful to appreciate that. I'd like to think that its designers put a lot of thought into their selection of technology, architecture and yes, even furniture, with which to populate the post-apocalyptic world of Fallout. Sol Invictus 09:54, 11 April 2009 (UTC)

(e/c) Game widow, you're missing the point. In fact you both are. There is no such item as a "Vault 101 Text Messaging Reader" so there shouldn't be an article on it. The information is of minor interest and could easily be included on the Vault 101 page, but creating articles for non-existent objects is silly. I'm not campaigning for anything - I'm just suggesting that articles should be kept to things that actually exist and actually need separate articles. –Rpeh•T•C•E• 09:57, 11 April 2009 (UTC)

The item clearly does exist, even if it doesn't exist as a gameplay-relevant, interactible item. Some people have too much of a gameplay-centric approach to game wikis, failing to understand that others come to them mainly for background lore, even the minute details, like the Codac R9000 camera from a Fallout 1 screen. Ausir 10:00, 11 April 2009 (UTC)

I'm fully aware that people come to wikis for Lore, but if you're seriously claiming that any of those articles constitute Lore then you have a faulty definition of the word. What you're doing is letting the site be swamped by pointless articles instead of consolidating information where it might be useful. A "Vault 101 Text Messaging Reader" is only found in Vault 101 and should be documented there. Some people may have an overly gameplay-centric approach to game wikis, but some evidently don't understand how information should be organised. –Rpeh•T•C•E• 10:05, 11 April 2009 (UTC)

Well, I'd say that if we merged all of the minor Vault 101 articles into the main Vault 101 article, it would be too big and cluttered (e.g. with all the TMR messages), so I think it's best for them to have separate ones. Also, weren't there similar, albeit defunct ones in other vaults? Ausir 10:14, 11 April 2009 (UTC)

But that's exactly what Lore is. Lore is essentially 'fluff' with little to no impact on the gameplay itself, but that should hardly matter. Sol Invictus 10:19, 11 April 2009 (UTC)

(outdent) I don't think it's likely that a "Vault 101 Text Messaging Reader" would be in any vault other than 101. Do you? And a broken messaging reader - one that doesn't actually do anything at all - is even less worthy of mention, although I'm half surprised that Newark67 didn't create an article for it. If the Vault 101 article grew too long, then I'm sure things like lists of the floor coverings could be taken off without impacting too heavily on the lore. Unless you think people are going to read a wiki to discover the type of floor tile used in a vault? –Rpeh•T•C•E• 10:24, 11 April 2009 (UTC)

(reply to Sol Invictus, post e/c) No it's not. Lore is interesting background material that fleshes out the game world and sets it in context. The information on the articles I questioned does none of that. They were pointless articles documenting minutiae. If you consider that "lore" then how about an article on the type of bathroom equipment used in vaults, or Vault-Tec's standard for light fittings? –Rpeh•T•C•E• 10:24, 11 April 2009 (UTC)

I know you aren't serious, but that's actually not a bad idea. If such information were in fact available--either through the game, available real world lore or through design documentation--there's no reason why it shouldn't be included in the wiki. You ought to realize that players of the game aren't the only ones accessing the wiki, which serves as a resource for everyone, ranging from players of the game to fans intending to recreate Fallout in fiction, or producers of fan-made movies. The fan-made Star Wars videos would not be as detailed as they are if it wasn't for the availability of information regarding such minute details, and the Expanded Universe contains such trivia. Sol Invictus 10:29, 11 April 2009 (UTC)

I give up. It's your wiki and if you want to fill it with pointless articles that add nothing and distract from what is relevant and useful then that's up to you. –Rpeh•T•C•E• 10:38, 11 April 2009 (UTC)

Retrieved from "https://fallout.fandom.com/wiki/User_talk:Rpeh?oldid=2131033"
Community content is available under CC-BY-SA unless otherwise noted.