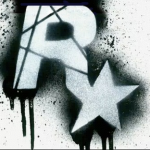 The exploit is "game changing" in many ways. A submachine gun firing mininukes, an assault rifle with infinite microfusion breeder ammo, adding ammo to melee weapons, etc. All of these are big changes and I don't see why listing one of them is notable. It seems highly opinionated and can possibly be considered strategy, both of which are against policy. However, if you still feel that I am incorrect, you may contact an admin about this and get their opinion on the matter. Sadly, I have to go to bed, so I can't talk about this anymore tonight. Paladin117>>iff bored; 05:59, June 16, 2012 (UTC)

bashed11 from Mafia Wiki Hey sorry for my actions. I felt guilty trying to sneak, Can you decrease my ban a little bit please?

Ah I see. Good thing I didn't block you then right? I am not entirely suprised because I couldn't link the IPs to your username account. Jspoel

I just flipped the two paragraphs over, physical characteristics before attributes makes more sense to me from an ordering standpoint. Everything is generally fine from a glance if you want to do the others. Sakaratte - Talk to the catmin 18:17, October 16, 2017 (UTC)

I've lifted the protection on your talk page now as well. It's been 2 years and others may need to get in touch with you. Please bear FW:UC in mind this time. Sakaratte - Talk to the catmin 18:28, October 16, 2017 (UTC)

Ah yes I see it now after a little more digging. Well if crops up again, you might want to consider joining the discord, just so we can contact you through the bullpen there. Lets see what happens for now. Sakaratte - Talk to the catmin 20:43, October 16, 2017 (UTC)

I've changed the protection of your talkpage so that only registered contributors that at least have made some edits here for a while, can contact you here. Anonymous users and newbies can't. Jspoel

Thanks for your contributions! This kind of quests are often neglected and it's hard to have the time to check for everything. Fallout 4 has been out for 2 years and there's still a ton of quests where we lack basic walkthroughs and interactions with other quests. --YOD ᕦ(ò_óˇ)ᕤ 23:55, October 16, 2017 (UTC)

I had a quick skim of the guidelines and saw it was in there, so added it back in. If the other pages are missing it, feel free to correct them. Sakaratte - Talk to the catmin 21:38, October 17, 2017 (UTC)

Good question, although it shouldn't be there, I don't see why we shouldn't have a brief description where there is an act in that quest specifically related to the location. If the rules say list, they list, but I'm going to take a look and see if it would be better handled by a rule change. Do you have a few examples across games I can look at? Sakaratte - Talk to the catmin 07:00, October 18, 2017 (UTC)

Retrieved from "https://fallout.fandom.com/wiki/User_talk:ReapTheChaos?oldid=2794403"
Community content is available under CC-BY-SA unless otherwise noted.