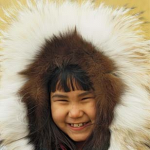 Greetings, Opifex1, and welcome to the Fallout Wiki! We appreciate your contributions, and we hope you will make more!

I only noticed the edit where you changed the affiliation. Afterwards I discovered I reverted more. You can restore your edit by browsing the history, but don't remove red links from the voice actors and affiliation is left blank. Jspoel

Well, I am reviewing the edit, and it just looks too much of "you"s (we use player character instead). Well, here's a copy, but mind to change some sentences (especially removing "you").

"To access the lab you must pick a novice lock in the back hallways of the Bioscience division if The Institute. Once inside you will be greeted with a security station and full body scanner. You then pass into what appears to be a large storage room. You will encounter multiple synths and laster turrets as you go. At the doorway to the storage room there is a terminal to deactivate the turrets and open the door.

Past the storage room you will enter what looks like a room filled with observation cells. They are oddly filled with children's toys, most likely to test the intelligence super mutants. Shortly past that there is a small room with a dead synth and another terminal that deactivates turrets and opens the last door.

Past that you will find what looks to be the main research room with three large glass cylinders in the middle, two of which contain super mutant specimens. The third cylinder looks to have been smashed with a chair. The rest of the room is filled with lab equipment and machinery. You can find another terminal that is filled with test subject information and progress reports. You can also find the serum that Virgil asks you to retrieve to cure his mutation and a holotape he left behind telling about why he left the Institute.

You can then exit back into the Bioscience lab though an exit door."

I hope you are doing okay in that igloo of yours. I heard its cold where you live.

We don't need n/a if it doesn't apply. Everyone knows by now skills aren't existent, and if there's an addiction to it, place it. If not, remove the parameter. Jspoel

It's ok. You meant well I know. Jspoel

Sure, I can do that. By the way, if you find a page that has a bad image, put one of these at the top {{Badimage}}, or if it's missing, then a {{Image needed}}. I like to browse those categories, so anything with one of those flags will probably catch my attention. I'll head over to consumables right now, though. Cheers! --Xernoc (talk) 22:35, December 26, 2015 (UTC)

These are just notes unrelated to each other. People are also complaining here.

This is more like one of those situations, where there is no direct link. Implied, but not fully confirmed. There should be a definitive proof about it. ☢ Energy X ☣ 09:42, December 29, 2015 (UTC)

That are a lot of characters for one page. I've browsed the Fo4Edit and suggest to split the BoS characters up in Knight (Fallout 4), Lancer, Paladin (Fallout 4), Scribe (Fallout 4), Initiate (Fallout 4) and Squire (Fallout 4). And a page for Railroad agent. You can see on similarly named pages from previous games how it should look like. Jspoel

As I think about it, let's not use those symbols. The fact that we're confused about which to use indicates that anyone coming to the page will likely be confused when they read it, regardless of which we go with. See how it looks if you type the word "immune" in there instead of a number, and if it looks like crap then we'll find somewhere else to leave a note, probably outside the table. Check it out and see which you think works best. --Xernoc (talk) 20:45, January 11, 2016 (UTC)

But they don't serve different purposes. There isn't any information on the company page that is not on the location page. And while we have done it for other pages, not all of them, especially for companies with only a single location. Paladin117>>iff bored; 05:16, April 4, 2016 (UTC)

No, it is not our job to create redundancy for the sake of redundancy. The location page literally covers everything, leaving the company page with zero purpose. Paladin117>>iff bored; 05:28, April 4, 2016 (UTC)

A location rich in background doesn't mean it requires two pages. An infobox doesn't have "requirements". What do you mean the company should be listed? Listed where? What does that have to do with the page? The majority of the location's background is about events that took place at said location, with maybe a few sentences that could be removed. Paladin117>>iff bored; 00:59, April 8, 2016 (UTC)

ArcJet Systems is a company, so should be listed as a pre-War company on the overview page. As far as I'm concerned the background content, diversity of products and named personnel is significant enough to distinguish it to an own page. Then the background on the location page should (largely) move to the company page. Jspoel

(←)  Ok, but then you should check the location page for redundancy. Jspoel

No, leave a small summary I think. Jspoel

Hi there! That's cool with me, when I spot 'em I'll be sure to try and get a screenshot. The more people on the ball the better, hey -

Appears we need to at least 2 locations to warrant a company page. I didn't know that, guess there's something to say for it. Then we leave ArcJet as it is then, one page. Jspoel

A human compared to a super mutant isn't the same as comparing the gorilla and ghoulrilla, as in that they deserve their own page. I'm looking more at their appearance and maybe behaviour (that's why I'm also looking at Mr Frothy (doublelisted at the moment) and Nukatron for example at the moment for an own page). Though I must admit I doubted when I moved the content of the ghoulrilla to gorilla. But they're too much related I think. Problem (and annoyance) for me that keeps popping up these last years, it that the redirects (as created for ghoulrilla) don't show up in the search bar anymore, so you won't know it exists for sure. For now, I'd like to keep it as it is, but I will give it (another) try to ask Wikia to reinstate the so-called "target-redirects" (like #redirect:Gorilla/ghoulrilla) so that it shows up again. Jspoel

Sure I'd be interested, but I don't think I'll have this much time to work on the wiki in a few months, but I'd be fine working on it for a few weeks at least. And also, me being the irresponsible person I am, I didn't make another save other than a quicksave before killing the Hubologists. SierraX (talk) 03:36, September 25, 2016 (UTC)

They do, but you need the Creation Kit and it's quite a bit of work figuring it out, now I've done some researching myself. So you do need a pc/laptop with a CK. Jspoel

Thank you very much for your vote on the petition. We have had talks with Wikia/Fandom, and a settlement has been proposed. I encourage you to review it and have your say here. Agent c (talk) 20:34, September 8, 2017 (UTC)

Hi, You’ve previously expressed an opinion on whether we should remain with Wikia, and the Featured Video Situation. Its really important we hear from you again about what we should do about it. Please participate in the vote here. Agent c (talk) 13:08, August 11, 2018 (UTC)

Retrieved from "https://fallout.fandom.com/wiki/User_talk:Opifex1?oldid=2881322"
Community content is available under CC-BY-SA unless otherwise noted.