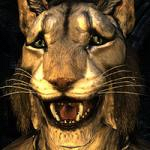 Questions? You can ask in the Forum or on the "discussion" page associated with each article, or post a message on my talk page!

Need help? The Help page has an outline of the site, and pages to help you learn how to edit.

Ah, so the game description's wrong after all. In that case the schematics page itself needs to be edited too. --AshRandom 03:18, 5 January 2009 (UTC)

Actually, I'm not sure what's going on. I think that the first game patch issued may have changed the workbench script, the part that issues the weapon to the Player looks nothing like what it did the last time I looked at it... --MadCat221 03:23, 5 January 2009 (UTC)

Back again already. Okay, there are now global values introduced into it. Each is named something along the lines of "countRailwayBonus", each having a value of 0.75. This value is, when the weapon is issued, multiplied against the player's Repair skill (divided by 100, as the command to issue works in decimal values where 100% = 1). When the first schematic is acquired, nothing is changed with the Railway bonus. Once the second, the bonus global is changed from 0.75 to 1. When the third is acquired, it goes from 1 to 1.25. So it turns out, the initial condition with just one schematic is actually 75%. Second and third are 100 and 125% still, though. In review, one schematic gets 75% the player's Repair, two is 100%, three is 125% (all in terms of condition percentage, not absolute value) --MadCat221 03:29, 5 January 2009 (UTC)

I also think I know why it looks different from what I remember: I altered it when I was modding. In light of mods that allowed one to repair them with the component junk pieces, having more than one schematic became pointless. I made varying grades dependent on how many schematics; not just condition, but attributes beyond condition (magazine size, damage, projectile speed, etc). Chalk it up to memory interference... --MadCat221 03:40, 5 January 2009 (UTC)

Okay, well, your comments prove to me that my experience isn't anomalous, I'm clearly not the only one getting rapid fire out of the plasma rifle. Tell me, in about how many seconds can you unload all 12 shots?

I find that fire rate for energy weapons can vary quite a bit; they have a bit of a "sticky" trigger. Most of the time, the plasma rifle will dole it out quickly, while other times, it can pause quite a bit between shots. The GECK says it can do four shots per second. Also, the "semi-automatic fire delay max" for it is 2. In comparison, it's 1 on the 10mm pistol. I think the delay min and delay max are the factors in the "sticky trigger" phenomenon. --MadCat221 00:21, 17 January 2009 (UTC)

What's the fastest you've ever unloaded 12 rnds? I manage it in 3sec just about every time. My suspicion is that the GECK's DPS for everything other than fully automatic weapons, is, quite frankly, utterly worthless. If it can't correctly factor in the animation delay, then it isn't calculating honest numbers.

Just did a test: I could indeed belt off four rounds per second. After eight shots, the trigger got "sticky" because of the trigger delay max dealie, and then the remaining four shots went off in a second's time. I've noticed this "sticky trigger" thing on other energy weapons, most notably the laser pistol.

I noticed a "sticky trigger" thing happening with every small guns weapon I've used so far, especially the 10mm pistol; there's a split second delay (maybe about 0.1 seconds) between when I press mouse click and when weapon fires, REALLY ANNOYING (my computer is extremely fast running at >60fps so it is not mouse lag problem). Is this weapon lag normal? I scoured google and this is the only mention of it, ever. --Max
Excellent, some verification. Which system are you on again?

Well, that clinches it for me. Same effects on PC and Xbox360. We going to need to remove GECK DPS for everything but fully automatic weapons. As I've suspected since the beginning, the GECK just plain fails to calculate DPS correctly for semi-automatic weapons. We either need to pull the base ROF out and use that to create DPS, or just abandon the column entirely. I'm going to move this discussion to the weapons page and annoy Servius with it.

I think that, for semi-auto weapons, we put "shots per second", and then the max semi-auto fire delay. 1.0 would be normal, anything higher would be "sticky" or something along that line. There is a shots/sec calculator in the weapon object window as well, in the second tab section. --MadCat221 02:56, 17 January 2009 (UTC)

I'm confused as to how we can get an exact DPS out of it, if the initial so many shots are at full ROF and then there's a weird delay, and back into the full ROF again how the hell do we average that out? Take the plasma rifle, it sure as hell isn't getting 0.94 ROF as we're listing it now, and its not really getting 4.0 ROF either because of the weird delay factor.... lets continue this here so I don't have to keep copy-pasting it.

Hey, Madcat -- do you have any screenshots of those terminal entries? I think it would go a long way to providing "proof" that Fawkes is a guy. If you don't have any, I can get some. Lemme know.

I'm scouring V87 right now on another possible lead on Fawkes's identity: Jason Stevens. He's mentioned in-depth in the terminal right after the computer-locked door in Lamplight, and is correlated by the list of Unexplained Deaths (Read: Kidnapped and used in the FEV experiment) in the medical wing. Connecting little Jason to Fawkes may be on that console as well. --MadCat221 01:44, 16 February 2009 (UTC)

UPDATE: The file does indeed state one of the female specimens was D624, the designation of the cell that Fawkes is in.

Actually, it's entirely possible among mixed couples for a child to be white even with a black mother, although it's quite rare. Ausir 03:49, 2 July 2009 (UTC)

But it seems that weapon damage is directly tied to weapon durability. The R91 Assault Rifle can fire a few more times than the Chinese assault rifle. Nitty Tok. 15:25, December 14, 2009 (UTC)

okay, I saw that you edited what I wrote and I saw that you deleted a lot of it. I gues you think that what I wrote was incorrect so I like you to try it yourself: side with the NCR at the battle for hoover dam and talk to her while in the battle (she needs to be at power plant B near the door to the hoover dam offices) and see for yourself that she actully talk like the battle is over and vegas is 100% under NCR control. I will not add again the rest of my original writing but if you can try for yourself and see that is true.

It is not likely at all that the game's title makes reference to Tom Lehrer's song. All song references throughout the game are to period music - and well-established standards at that. The title of the quest likewise does not refer to nuclear destruction. The fact that Lehrer's song tackles a subject generally fitting to the Fallout universe is just a coincidence.--Gothemasticator 12:06, May 4, 2011 (UTC)

Speculation is something I work hard at to completely remove. (Although I'm sure you noticed the message before yours on my talk-page, so I'm having to restrict myself a little). If you have good reasons for adding information like that, it would help out a lot to put your reasons why on the talk page for said article so it can be considered and possibly debated. Skål! 05:02, October 25, 2011 (UTC)

Where exactly is that laser pistol in Goodsprings when you select energy weapons as a tag skill? Jspoel

I'm fine with you changing that information if it's wrong, but I'd muchly prefer for you to list the exact requirements instead of making a blanket statement. (Not to mention that your edit summary was implying that you were basing your edit off of an assumption.) Let me know if you're not able to check it yourself, and if that's the case, then I'll see about personally checking it sometime tomorrow.

Retrieved from "https://fallout.fandom.com/wiki/User_talk:MadCat221?oldid=2201499"
Community content is available under CC-BY-SA unless otherwise noted.