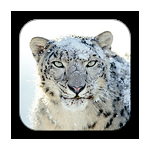 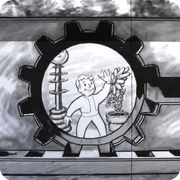 Hello, Luvere, and welcome to the Fallout Wiki! Thank you for your contributions, and we hope you'll stay with us and make many more.

Why did you remove "by 1" on the Tactics Big Book of Science page? Jspoel

Tactics characters, tense and YOU! Edit

Oh, sorry I didn't know. That's extremely stupid though. Most of those articles were using a mix of past and present tense, so I chose to change everything to past tense since everything in fallout tactics happened in the past and all of the characters are most likely dead by 2281.

That's enough for me. You may make those changes again as you see fit. I went through and located those other mercs last night, and I can confirm as well that they're the same models. Lazy Bethesda. Sorry for wasting your time! I'll have to see if J is willing to make another group shot.

And here I was making the assumption that you two were of the same person. :) Thanks for your help! It's muchly appreciated. Did you see the last message I sent to him? I'm trying to see if we can get a new group-shot added in as a replacement.

That sounds about right to me. Jspoel

Thanks for adding those stats to the behemoth robot. If you can find more of old game pages where stats are missing I would be pleased so see them added there! Jspoel

I'm really happy that you're looking out to remove improper POV. It's going to be a huge project that only a few of us are interested in. Just one quick correction: 'the player' is still 2nd person POV.

After last weeks Wednesday Wikia update, first we had a problem with primarily FO3 and FNV infobox images because they are larger than 240px, stretching the infoboxes. A few days ago we changed something in common.css that solved that (partly, not for map markers and local maps though). But now every image that is smaller than 240px gets enlarged to that size when an edit is made. That's why the image in your example shows that format. Wikia is still working to solve the problem. Hope it doesn't take them much longer anymore... Jspoel

The issue is, I'm getting my information off of in-game material - specifically, the terminal in the Overseer's office and Megaton. The information that you're getting is from the strategy guide, which wasn't even made by Bethesda/Obsidian/Zenimax, but was instead, contracted out while they were busy making the actual game. If you'll notice, there's quite a few bits of false information wrong within the guides.

Sorry to butt it, but I seem to remember that the Vault was indeed more open, and that's the truth, whereas the idea that only recon teams and 'Father' came in and out ever was a fabrication. So, both are true in a way. -- G͕͇̰͓̱̭̑̒̿̈́ͮ͌̓ͅO̝̪̯̲͖̦͔ͦ̉́̾̽T͓͖ͤ͊W̛̝̓̽ Ù̻͉̽́s̛͒͌͒̄͐ͨě͍͉̦͙͇ͨ̈ͦ͢r̨̞͔̜̹̹̦̪ͨͤ͗̆͐͛ | T̯̙̀ͣͪ̀̔̚a̮̞͓͈͖̒l̿ͩk̢̲̬̱̬͉̲ 16:15, May 28, 2013 (UTC)

I have now checked. There are no records of anyone leaving except for the exploration team. The only people confirmed to have came in is James and his son. Only information that suggests otherwise is the game guide, which is semi-canon at best.

Here are the only links that ever reference to the Vault being opened, and people coming out of it:

And that's what I'm trying to tell you, is that the game makes no references to that information actually being correct, and does contradict it a bit. As for the canon page, that was made when this wiki first came to Wikia and F3 had just came out. It needs to be addressed, since the game guides are shown to be semi-canon at best.

I'm not sure that page will survive, as the Ghoul overview page was created for that reason, but if someone challenges it, you have my support. I can think of a few arguments in favour of keeping it. It's nice to see other people making pages, so keep it up man! :)

Just a few things, you need to just quickly check the article layout guidelines next time to make sure that you've added everything you need to. In this instance, categories and the appearances section. If you need any help at all, then feel free to ask me.

Not at all. I completely agree with expanding the article base here, rather than retracting it. Please do, I'd like to see that when it's done in that case! If you need anything at all, feel free to leave me a message.

I've changed the template. Cost me some headache but it looks ok now. I'll update the doc page tomorrow. To get you started I've done the stat box from ghoul (melee) on Ghoul (Fallout Tactics) as an example. Jspoel

I have Fallout: Tactics. It does not have 'Brotherhood of Steel' anywhere after its name. If you want to get technical, the game is actually called Fallout: Tactics - A post-nuclear tactical combat game.

Also, I can't say that I approve of the way that you're currently editing. You don't start up a conversation asking why, and then going ahead and making the changes without hearing back from them first.

Yes. I know. But the only time you see 'Brotherhood of Steel' pegged on is whenever it's fan-art, or concept-art. I've looked through every variation of game covers for Fallout: Tactics, and none of them have BoS added on, but PNTCG, instead.

Okay, you're starting to irk me. You don't see our games being called Fallout New Vegas or Fallout Brotherhood of Steel. The same goes for Fallout Tactics, which should properly be named Fallout: Tactics. Fallout is the title, and Tactics is the actual game. Stop making inappropriate edits, please.

Exactly... It's concept-art. That image is not used on any of the game covers for Fallout: Tactics. It's just an image Steam pulled up to represent the game.

I did read your last message. And it's irrelevant. If you can show me one game cover for Fallout: Tactics that uses BoS in the name, then I will respectfully back down. But all you are using as a source is an image used from someone selling the game who isn't even Bethesda/Zenimax; who are the actual ones to own the intellectual property now. So the only proof you are showing me is an image used by a secondary-party.

That's because saying Fallout: 2 is another improper language convention. All the two means is that it's the second installment. 2 does not represent the actual game, like New Vegas, Tactics, Brotherhood of Steel, Van Buren, etc. would.

So what? I wasn't aware that the game industry sets what is to be considered as proper language conventions. If we followed everything in terms of how Bethesda/Obsidian/Interplay/Black Isle spells everything, then how come we don't capitalize our creatures such as brahmin? How come we spell Pre-War as pre-War? How come we don't capitalize common nouns instead of only proper nouns? Your logic is flawed. I'd also like to refer you to one of the rules of using a colon, in response to your 2 point: "Use the colon to introduce a direct quotation that is more than three lines in length."

Wtf? That example you just provided has nothing to do with what we're talking about. Military tactics is a standalone phrase with absolutely no proper nouns involved. You're just grasping at straws with that argument. And your argument falls flat everywhere else. You do realize that there is not a colon because Tactics is under Fallout? The same goes for every single other game. You don't see a colon on Fallout: New Vegas' game case. You don't see one on Fallout: Brotherhood of Steel. You don't see one on, for instance, Skyrim: Dawnguard. Stop using strawman arguments, please. They hold no bearing with proper conventions, and I'm starting to doubt you understand proper punctuation.

You only use re-directs as a last resort. Keep using them senselessly, and they begin overloading the wiki. I've asked one of our bot handlers to deal with the red-links and re-linking, and I'm fixing any red links that I've caused in the mean-time. A much better solution than just making a lazy redirect. -no offense-

Like I said, no offense - as in, I wasn't calling you out or anything.

Hello Luvere! Regarding your new page Beast claws, you can see from this edit I made that both {{Stub}} and {{Image needed}} have parameters to indicate which game (and thus which category) the page concerns. Just insert their abbreviation. Keep up the good work! =) --Skire (talk) 23:36, June 13, 2013 (UTC)

This page looks good to me. All sections have mostly complete content, so it's a good page. Thanks for creating it. Not sure what you mean about images. The question above? When a page doesn't have image, for example an FNV character page, you need to add {{image needed|FNV}} instead of {{image needed}}. Then the proper category is added (Image needed (Fallout: New Vegas) instead of the general Imaged needed category). Jspoel

Ok mate, imma tell you about the pictures... first, i added a female version of the main protagonist, then the administrator deleted it because he said its the players choice what the protagonist should look like...then i added a nuka cola quantum picture, he deleted that one too saying it was too simlar to his picture(my picture had a better colour for the nuka cola quantum but fuck it..). then i added a image from the FNV DLC pistol "a light shining in darkness" he deleted that one too, but without a reason, oh actually there was a reason: the hud was still on he said. now youve got the whole story enjoy reading it xD

I deleted your Roentgen rum Tactics page. It's on the edge of having an own page, but I don't think there's enough information to warrant that. Ok, it has some different stats, but other than that nothing new like characteristics or locations. I put your FOT information on the general page with corresponding icons. Jspoel

A lot of FOT consumables have been merged in the past with FO1/FO2. Probably because of similarity. Tell you what, you can create a new page, but it needs to have more that different stats. Also add some characteristics and locations. Then it would be ok. Jspoel

No, we don't have one. I created a navbox, you can fill in the blanks and add it to all the FOT misc item pages if you want. Jspoel

Retrieved from "https://fallout.fandom.com/wiki/User_talk:Luvere?oldid=1935376"
Community content is available under CC-BY-SA unless otherwise noted.