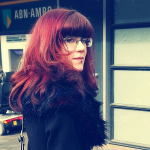 Thanks for "Nice Work" Edit

I've edited your userpage and added a few handy image control console commands. Can come in handy if you want to take a screenshot with a deathclaw nearby. (If you don't like, just revert my edit). Jspoel

Thanks for the answer! I did not see those pages. I think an unmarked quest page would be nice to gather all the information in one place and make sure everyone who wants to contribute will modify the same source. I'll get that AHS-8 certification now :) --YOD ᕦ(ò_óˇ)ᕤ 22:30, January 16, 2017 (UTC)

I haven't seen Gunny in a long time, I doubt he'll give a response soon. As far as I know, everyone gets the same greeting box, it's just that some users haven't received a greeting (yet) because they didn't make an edit. Once you have made one, it should appear on your talkpage. Only admins/bcs are the ones welcoming the new user (I think even the active admins). Jspoel

Where did you find the medic pump X+? You added it on the armor mod page here. I don't see it listed in a slot (below the medic pump), and I have all add-ons installed. Jspoel

I though maybe it would get added after you apply the medic pump on the Atom Cats T-60, but it doesn't appear as an option. Maybe it got removed with one of the patches, I'm not sure. Until someone proves the opposite, we'll leave it out I think. Jspoel

Retrieved from "https://fallout.fandom.com/wiki/User_talk:Litheen?oldid=2738355"
Community content is available under CC-BY-SA unless otherwise noted.