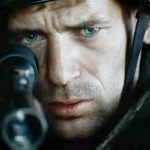 Questions? You can ask in the Forum or on the "discussion" page associated with each article, join the live chat in our IRC channel or post a message on my talk page!

Need help? The Help page has an outline of the site, and pages to help you learn how to edit. See the Vault's Policy page for general guidelines and code of conduct.

How about merging them again, but rewriting the intro to say something like this:

Yes, it can. As against, if we could just distinguish them even if they are on the same page would be nice. Kind one called Western APA MK2 and other Eastern APA MK2 (in addition, if we talk about one or the other, they never differentiate for example, would be best for everyone). Sorry for editing this page, I'm a big Fallout fan and I like this armor (I about of the Western APA MK2, I already use the distinctly ^^) Light-Revan 20:07, 2 July 2009 (UTC)
I reverted your edit - I don't see any of the info you added to the article as necessary. If the article says that the armor is redesigned, you don't need to state that the versions are different. And I don't like the "Eastern" and "Western" designations - I think the current statement that one is the 2241 version and the other is the 2277 version is enough. Ausir(talk) 15:32, 12 July 2009 (UTC)

I also like the original better, I just think that the current article is clear enough on that and doesn't need any additional explanation. Ausir(talk) 16:22, 12 July 2009 (UTC)

In case of Alien Blaster, a similar change wouldn't really make that much of a sense, given that they're not really changed designs over time, but could simply be weapons of different alien species, and the current name is generic enough to encompass them both, unlike the very much specific "Advanced Power Armor Mk II" model name. Ausir(talk) 22:05, 13 July 2009 (UTC)

Retrieved from "https://fallout.fandom.com/wiki/User_talk:Light-Revan?oldid=281592"
Community content is available under CC-BY-SA unless otherwise noted.