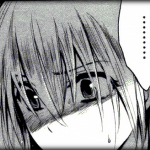 Vic is not a merchant of Arroyo. The section merchant in the infobox refers of merchants of the location in-game, not trade with them. Have a nice day and see you soon on The Vault! Itachou [~talk~] 15:05, June 20, 2011 (UTC)

Please don't insert "pure" into the races of vault dwellers, Enclave members, etc. Simply "human" will suffice. Kastera (talk) 04:17, July 9, 2011 (UTC) That is correct. There are no pure humans in the Fallout world, it's a baseless claim made by the Enclave.

It not really fair for them to tell you to stop entirely, it is a topic of hot debate, with Itachou (the first guy to talk to you) as the avant-garde of the opposing view. But, for now at least, it would be a safe bet to stay out of it so as not to annoy multiple admins. Just some friendly advice,

I'm just doing my job. The page consisted of a sentence of what appears to be speculative and rumour based information without any cited sources, and I didn't memorise the Fallout Bible off by heart so it isn't a surprise I deleted it. However, even with the Fallout Bible as a source I'd still be wary about creating the page. There isn't very much information to go on at all and Avellone himself is stating that the information is rumour based (in-universe). --

Actually I take that last in-universe point back, I just reread the first statement. Also, please sign your posts. --

I already acknowledged that it wasn't just a rumour. --

If you want to create a navbox, you need to add Template in front of the article name. If you want, I could rename it for you. Good work on those quest pages by the way with the images. Jspoel

I have lightened your image, it was too dark. I have used auto-contrast for it in Photoshop. Otherwise, good work. Jspoel

I redirected it to the correctly-named article instead of deleting it. --Kris

Please make an article for the trapper's shack is Fallout 2. Also, you didn't have to recreate the Trapper's shack in Point Lookout article. All you had to do was rename the existing one. Almighty Higgey

How to rename an article

At the top of every article there is a small box called "Edit" click on it and you will be given an option to rename the article you are viewing. Hope this helps. Almighty Higgey.

The page was created in 2009, the Vault haven't not a real policy about that. Ausir can make mistakes, like any editors or admins here.

Some people doesn't have played all Fallout games (especially the old) and therefore sometimes don't know how to react. Nothing personal my friend, it's just the policy here =). Keep up the good works, I see your works in the Arroyo and Klamath page for the loot, great job ;)! Itachou [~talk~] 13:26, August 7, 2011 (UTC)

Hehe no problem my friend! And for the image name, see in your contribution =). Ha also you want the image of the Klamath location have deleted? If yes I can put the images in your talk page right now, tell me ;). Itachou [~talk~] 13:52, August 7, 2011 (UTC)

For the sections image, it's the guidelines created by me and Ghost and approved by Ausir. May be you can add the loot infobox without any problem with another mean, I take a look =). Itachou [~talk~] 13:56, August 7, 2011 (UTC)

I wouldn't simply remove it, since it is germane information pertaining to the subject of the article. However, you have a point about redundancy, especially since the endings page is so well formatted. It would probably be a good move to transclude the endings section instead. And, of course, to do that for all the New Vegas companion pages for consistency. Up for the task?--Gothemasticator 15:17, September 8, 2011 (UTC)

If you are up for it, Gannons page has now been transcluded, so you can use that as an example of how to do it. Also, further info on how to transclude can be found here, {{transcludesection}}.

You are doing a great job. Just a few pointers, when transcluding from 2 different pages (i.e. Rex (Fallout: New Vegas), please use the {{Transcluded}} above each transcluded section. This is there for editors who are not so clued up to how transcludesection works, so they know where the info is being transcluded from and help them to edit those sections if they need to. The other thing, if you are transcluding from 2 different tables on the same page (i.e. Rose of Sharon Cassidy), you can place the section tags inside the tables to create one continuous table, instead of 2 seperate one, on the page that is transcluding the info.

Sorry, I didn't mean to step on any toes, just like you, I like to check to make sure things arnt spoiled either =D

I don't understand this post, Jain has not been edited for a long while, don't see images missing. And 'wiki/Ranger removes screens like here'? Clarify plz. Jspoel

Thanks for the help on the Blades pre-war company page. I'm not that familiar with the older Fallout games. Jspoel

I've asked Porter about it. First the page infoboxes will be updated, the documentation will follow at a later stage. Jspoel

You're correct, removed the tag. Thing is my screen isn't of top-notch quality, and that damn mouth is really thin, and I think it's actually actively trying to hide... <.< Hugs

I'd like to ask if I may take the "Infobox incomplete" tag down from the Raider (Fallout 3) page. When I was working on it earlier, there was a list that was longer than your arm on every location you could find a raider, so I removed the insignificant places (as shown in the page history). The list was so long that it drew focus away from the main article, so I removed some of them, since they were a tad too minor for my liking. --Kastera (talk) 22:03, October 17, 2011 (UTC)

Hello. You've changed the race of several characters from Super mutant to Mariposa super mutant. As you can see at the list of races super mutants are enlisted as one race. So why do you think we need such level of detail when we speak about races? Or is there some project I don't know about? veryblackraven 23:31, October 18, 2011 (UTC)

Just been looking at this and wondering how you are determining if they are first gen or second gen for affiliations as well. As for Sean, I am not to familiar with them to be able to answer that. Better to ask people like Ausir or Tag.

No problem, thanks for adding more credible information, you rock! :] --Felix Brehh

I've changed the protection level and you should be able to edit it now. Thanks for all your work on the older Fallout game pages! Jspoel

I've taken a look at that template, but I don't know how to collapse it either. Best to ask GhostAvatar or Porter21 I think. Jspoel

Hmm. Well, everything I said is backed up by in-game content. Let me explain:

I'm sorry if I took that one remark of yours the wrong way. I really do enjoy debates like this, though. :) It gets my brain working, and I always love going over lore. Looking forward to your next counter-argument.

Ahhh, you're right, I completely misunderstood you there. Sorry about that. I guess it's kind of hard to say on either side how many Enclave there were, and where they were stationed. I might have to ask Sawyer about that. That would be an interesting thing to add here at Nukapedia.

Hmm. The only thing I can say there, is that there's quite a phenomenon in human psychology that happens when a person walks in somewhere where they don't belong. People instantly assume that you're supposed to be there once you're on the inside. (Movies/books/games strongly underplay this phenomenon.) As for the locals mentioned being Enclave personnel, I'd have to play the game again and see if something clarifies upon this dialogue. I know that's a dissatisfying thing to say, but I am a little fuzzy on dialogue with cook. I'll let you know if I can figure anything out.

I wasn't able to find a source, so I was forced to remove this line for now: "New Reno is one of the few cities that are not part of the NCR in the Core Region." Since you were the one whom added that note, I was wondering if you could provide a reference? I would really appreciate it. Thanks!

Retrieved from "https://fallout.fandom.com/wiki/User_talk:Languorous.Maiar?oldid=1880864"
Community content is available under CC-BY-SA unless otherwise noted.