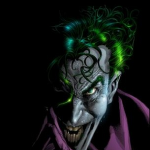 Why is that everything's in code now for editing pages? I was getting use to the old set up and now this comes along. What changed?--KnightNapier 01:24, September 28, 2009 (UTC)

I didn't, some anomynous user did. It wasn't me, I had a rather lengthy section after your edit but then the "phantom" made it go bye bye. Can anyone change it back?--KnightNapier 14:01, October 4, 2009 (UTC)

Well, as far as I'm concerned you can take it as far as you like :) Sure, it's not canon - but Fallout: Brotherhood of Steel, J.E. Sawyer's Fallout Role-Playing Game or the Fallout Pen and Paper d20 aren't either. We'd just have to make sure all respective pages have a {{sourcebox}} at the top of it. Currently there isn't one for Jason Mical's PnP, but making one is no problem if you can get me a logo (or something I can get a logo from). -- Porter21 (talk) 00:36, October 29, 2009 (UTC)

Yeah, I can do that. The only picture that there is, is the a modified one of the original Fallout. I scan scan one in and crop it so it's small enough. How should I send it to you?--KnightNapier 00:40, October 29, 2009 (UTC)

Hmm, looks like they simply used the FO1 logo, so I guess we'll have to come with something ourselves (otherwise the icons could not be told apart). By the way, I just noticed there's an own wiki for this PnP - which means I'm now a bit unsure regarding how far the Vault would cover it. If you don't mind, maybe you should ask Ausir how far we should cover it. He created the other wiki, so he would probably know best. -- Porter21 (talk) 21:16, October 31, 2009 (UTC)

That's probably wisest. I shouldn't be taking up space on this if some other place already has it. I might as well just ehance what's there. There's nothing wrong with that right? (revising material on the Vault PnP with the information of Fallout PnP) Although we could do just a simple overview page and link it to the Vault PnP. That would work too...--KnightNapier 21:21, October 31, 2009 (UTC)

I have a copy of Jason Mical's unfinished 3rd edition rules and I'll be updating the wiki to include it, as well some Van Buren and Fallout 3 info myself, when I find some time for it. If you want to help transfer the 3.0 rules to the wiki, I can e-mail you the rulebook, and it's better to build up from there. I wouldn't add new setting info from FO3 to the main rulebook, though, best to have the East Coast covered in an expansion.

And I wouldn't add material from Jason Mical's Fallout PnP to The Vault aside from pages for Jason himself and for the game itself, given that it's neither canon nor officially licensed, nor made by a Fallout game developer - it's just a fan-made product. Ausir(talk) 00:33, November 1, 2009 (UTC)

That would be cool to work on. While I've never really played an RPG before, I've done enough homework on one to produce one myself. I've also done my homework on Fallout and I do know a fair share of material. I would love to work on something like that.--KnightNapier 00:57, November 1, 2009 (UTC)

James, as I said, you can just let them stay at your Megaton house, because they will stay there indefinately. If you fire them they might get mad at you, like Charon may attack you. TheCaptain 21:01, November 14, 2009 (UTC)

Thanks for fixing my typo, I do that one alot. You only just beat me to fixing it.JASPER//"Do you like hurting other people?"

I think you added the fatigue value. I just noticed that was 5000. You need to go up a few lines for the health value. Although with the holograms there seems to be a bug, because health text is missing (below combat skill). And yes, you need to look for NVDLC01 creatures (or search for hologram). Jspoel

Removing that / before gallery was an honest mistake, I presume? It removed all the concept images from the page. Jspoel

I was trying to fix it because my computer wasn't displaying it correctly. Sorry my skill with templates isn't too great.--Never Rub Another Man's Rubarb 23:36, February 26, 2012 (UTC)

Retrieved from "https://fallout.fandom.com/wiki/User_talk:KnightNapier?oldid=1580367"
Community content is available under CC-BY-SA unless otherwise noted.