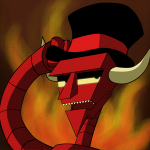 Just copy all its previous contents to User talk:Kingclyde/Archive 1. I already put Template:Archives on top of the page. Ausir 22:50, 23 June 2009 (UTC)

I didn't even notice the discussion page thingy. I read it and undid my undo. We may need to move the whole thing to discussion because it is speculation. There really is no firm evidence to my knowledge.--Kingclyde 19:10, 24 June 2009 (UTC)

Why are item locations being moved to discussion pages? It doesn't really seem to have much of a point to me. I'm for moving them back to articles - I haven't been active in FO3 articles, but that's where I put them in FO1 and 2 weapons, armors, etc. Ausir 03:48, 25 June 2009 (UTC)

I remember asking you about this awhile ago. I think it is redundant and really clutters up a page with locations of stuff like cherry bombs, laser rifles, leaf blowers and abraxo soap. By moving it to the discussion page and leaving a link to the discussion page, it helps the keep the main article tidy. If you notice, when someone adds locations they tend to do it without concern for format or duplication. It's up to you though, you're in charge. It just gives me a lot of work to do. And a headache.:)--Kingclyde 03:52, 25 June 2009 (UTC)

Unlike strategies, which are mostly just opinions/original research, locations are factual info that should IMHO be kept in the articles themselves. Ausir 03:54, 25 June 2009 (UTC)

For weapon components, I think it's good to mention at least some early game locations of the items. And users adding stuff "without concern for format or duplication" could by the same reasoning mean we should move all article content to talk pages. :)Ausir 03:59, 25 June 2009 (UTC)

Oh, I just moved the wording and capitalization. I'm currently following a guy who is adding misspelled words.--Kingclyde 17:30, 26 June 2009 (UTC)

Well, then unregistered users who aren't vandals wouldn't be able to speak with Clyde. You seem to have chickened out of yesterday's plan. Just doing my job. 15:04, 28 June 2009 (UTC)

I'm going to leave the talk page unprotected. That way they can more likely insult me here vs' me finding it randomly in some other article. They vandalize, I ban. Easy as warm apple pie.--Kingclyde 20:31, 28 June 2009 (UTC)

What do you think about this: Forum:Wiki blogs and news? I think it can be a pretty neat way of expanding The Vault's scope into newsposting. See: The Vault:News. Ausir 23:24, 1 July 2009 (UTC)

I noticed that u deleted one video of mine from Perforator page. And u say that there is no need for demonstration video. AND that my video had incorrect title.
Now Im just little confused here. First Im begged (including wiki admins here) to make videos for all weapons, quests, unique items and so on and now u alone decide that there is no need for video for Perforator. First of all, I have talked with Ash (I still miss her) and Ausir that making videos for all kind of different items that are popular among all players is, well if not essential, at least needed, to get this wiki to serve its audience better. If I was looking for a video for Perforator (maybe just for entertainment who knows) as a normal user and couldnt find it like all other unique weapons, I wouldnt be very pleased. But then again, thats just me.

In my humble opinion videos for all things and stuff are pretty important for making this wiki even better. But now I would like to hear ur opinion on this matter.
And I would love to know what u meant with "incorrect title"?

Videos on how to obtain the weapons or their special abilities are fine by me in my opinion, but a video of someone just shooting the xuaglong is kind of a given. Videos on how the firelance sets stuff on fire or whatnot is cool. If a video shows how to get the weapon I leave it in no problem. The one with the incorrect title, I can't remember for sure which one it was but I think it was either the wrong weapon or it said obtaining weapon "x" and all it showed was firing it at a few objects. The only other reason I remove videos is if there are multiple of the same videos on the same page, which I still encounter every once and awhile. If you can point out which one I labeled as incorrect, I'll look at it. With me being sick all this past week, my mind is finally starting to clear. Thanks.--Kingclyde 20:40, 3 July 2009 (UTC)

Hi ! Yes, I understand what u mean about the relevance of videos for some items. The video that I was talking about is Perforator. My videos are used for all unique weapons, unique apparel, bobbleheads, main quests, most side quests, add-ons and much more, since I have agreed to the request of Ash some half year ago to make videos for every important item, quest and other stuff. And this is why I took interest toward ur actions. I would appreciate that at least my videos will stay on the pages, since I count myself as a some kind of an unofficial video provider for this wiki. I understand the reason for u to remove the Perforator video, but since people (my over 10,000 subscribers and friends in YouTube) have requested videos for everything, including here, I think its better to have a video for Perforator even if its not so essential. People still expect videos for at least all unique items, quests, add-ons and so on. And I doubt that anyone will make better videos (the sense of arrogance XD), so it would be great if my videos could stay on the pages. But then again, I have no authority here. Im merely a user and a fan of this wiki, but since I have worked my ass off for 8 months now for my videos, I would really greatly value it if my videos can stay in here. Im just trying to help make this wiki even better =)

Karma and the Megaton settler

I just noticed this edit and undid it. There are five levels of karma in this game: Very bad, bad, neutral, good, and very good. Your karma must be "very good" to receive gifts from the Megaton settler, whenever I've dropped down to merely "good" she stops giving gifts. Grandmasterka 07:17, 5 July 2009 (UTC)

See if you can figure out which one it starts with. If we put "paladin" or "messiah" and higher (i don't know which it is) it may be more helpful and will give a definitive starting point.--Kingclyde 22:18, 5 July 2009 (UTC)

I'm still not sure that you get it... A player's lever does not matter. Only the player's karma matters. (She gives you gifts as long as you have very good karma, no matter how early or late in the game it is.) Grandmasterka 09:14, 8 July 2009 (UTC)

Uh yeah I "get it". But there are different levels of good karma. Maybe I didn't clarify the question. What level good karma does this usually start at? When I check my stats, there is a picture of me with something under it. Something along the line of good,bad,neutral, etc. And under that there is a rating or title. I'm asking which title because it may help some people. Thanks and please don't insult me. I'm not insulting you. :)--Kingclyde 18:20, 8 July 2009 (UTC)

The 'rating' is your title, drawn from your karma and level. The settler only comes when you have very good karma, regardless of your level. Spoon 18:37, 8 July 2009 (UTC)

We talked about it awhile ago. A lot of articles have multiples glitches and cheats which cluttered articles. If you want them in, I'll reduce my number of edits because my goal is to help keep this look orderly and not cluttered. I can't keep the carpet vacuumed while the kids are still eating their crackers.--Kingclyde 00:19, 6 July 2009 (UTC)

Saying "it's on the talk page" doesn't look good to me. If anything, it would be better to say that it's described in more detail in the Knock Knock article. Or maybe just link them to the appropriate bugs articles? I'm generally against any article saying that "such and such are described on the talk page". Opinion stuff like strategy sections should be moved to the talk page, glitches etc. that are not relevant to the page in question too. But in this case it sounded pretty relevant to me. Ausir(talk) 00:27, 6 July 2009 (UTC)

I've actually linked most of them to the discussion page. Example is the Firelance and a few others. Would it be ok if I resumed that path?--Kingclyde 00:31, 6 July 2009 (UTC)

Linked most of what to the discussion page? No, I don't think it's OK. If something is relevant enough to be linked to from article namespace, it should be in an article, not just on a discussion page. If something is not relevant enough to be linked to, it shouldn't be linkled to from article namespace at all. Ausir(talk) 00:33, 6 July 2009 (UTC)

Frankly, I don't know what to do anymore. Things change and from an editors point of view, somethings can end up looking like crap, honestly. I'll just deal with vandals and minor stuff such as grammar and blocking morons who vandalize. You guys can deal with formatting, templates etc. I have made my recommendations and I felt my edits were proper. If I were to go to an article and find a general glitch article, fine I'll agree with you there. But what I don't like to see is these long winded step by step instructions on how to exploit glitches. In my opinion it's the same as cheating. And I thought we didn't add cheats to articles. Maybe it's because I'm an old school gamer who thinks cheats are for wussies but that's just me. Anyways that my two cents. I'm going back to bed to see if I can shake this pneumonia off.--Kingclyde 01:41, 6 July 2009 (UTC)

I don't see what's wrong with adding cheats for a single-player game to articles. If you don't like them, you can simply choose not to use them, but people do come here for that kind of information. Anyway, one solution would be to move all these exploit walktrhoughs to one common article all others would just link to. And good luck with the pneumonia! Ausir(talk) 07:35, 6 July 2009 (UTC)

i was the duder that added the images of the Scavenger's Dog and Doc to the dogmeat article quite a while back. it was actually because the featured image for dogmeat was the shot of him walking down the road with the lone wanderer and it didn't really work, so i dropped the first image there partly to give a portrait of dogmeats face and partly to point out how the two npcs share models and birth defects 8-) --96.243.180.70 12:36, 10 July 2009 (UTC)

Retrieved from "https://fallout.fandom.com/wiki/User_talk:Kingclyde?oldid=278765"
Community content is available under CC-BY-SA unless otherwise noted.