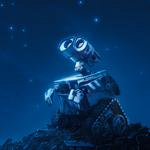 You'll remember I've been talking about a change to the front page for a while. Well, I think I'm just about ready to push out a change.

If you pull up this specific revision, you'll see it in almost all of it glory.

Now you may notice there is no featured article section. Fear not... The fourth image in the slider will become an "article of the day" image. That is going to require a lot more work to find suitable articles. The code for it is just about there (its in monthly mode rather than annual), its just about making one small change, then entering data making it happen... I'm calling that phase 2.

One of your objections before was that the helping out/community section was gone. One of the goals of this was to get rid of a lot of text. I think I've hit the best of both worlds, and I hope you'll agree. There's a specific section for Chat, and Discussions, and a third (middle one) rotating item that currently floats between a project (bug verification), the "Citation Needed" category, and a list of pages without pictures. I picked those to highlight how we could use this to get specific help to specific sections, but we could change or add as many as we like. (I was thinking we'd display all 3 on Community messages).

The news stuff being in 2 columns I think you objected to too, its just in the traditional right now.

I keep flipping as to whether I think "Join us" or the game logos should be the higher one. I'd like your thoughts on that, or any other feedback you have. Agent c (talk) 23:29, September 8, 2017 (UTC)

Just saw your message to me, and I'll see what I can do. I'm off for the night, but when I get back on tomorrow, I'll play around with the numbers a bit. 寧靜

My account was outdated, this is my new one :) XGhostc

Thank you for participating in the video forums so far.

In order to work out where to go from here, I've created another forum asking the community where our "Red line" is, and whether or not I should continue to be the point person on this.

Okay, I think its clear that going ahead with a meeting is a good idea. At this stage I would like to open the floor to agenda items. We have the following things to discuss.

I'll be asking a number of people to speak on certain issues, but as always there will be plenty of room for discussion.

I propose that the meeting be held at 3pm North American Eastern Time on Sunday 24 September, this should be 8pm in London, 9pm Central European time, and Midday North American Western. If there are any objections please note them below and we'll look into alternative scheduling, the more objections the harder we look for a new time.

We have arranged facilities for the meeting, it will be held online. It is open to all persons who have participated in any of the video discussion threads up to today, except those employed by Fandom/Wikia inc (as this is the Community's meeting), or have been employed by them in the recent past.

Votes taken in this meeting will be taken as consensus view of the wiki, so everyone is encouraged to attend.

We have setup a discord server (Nukapedia's Fallout Shelter) located here. It is mobile friendly (via an app) and is very flexible.

Although everyone is welcome in our social space (The-Common-Room), only persons who meet the above criteria will be admitted to The-Town-Hall (where the meeting will be located). You may be asked to verify your account before this access is granted. Agent c (talk) 21:52, September 11, 2017 (UTC)

Hi Js! Thanks for letting me know, the games icons now look much better on most pages and do not interfere with the header separator nor Infobox. I noticed the issue last night but I was in a rush to go. Furthermore the issue with the videos is not a major one. It will be rather easy to fix, it just involves determining which position the video will have, it's really just a matter of "where" in the css code we should place it. I'll get to it later today, I'm a bit busy at the moment. Thanks! Best regards

Hi J, may and Jacki have been talking about the games template in chat just now. Fandoms removal of the videos has actually broken the template completely (I assume they have just hidden the video rail rather than remove and its impacted the template). Until we get somewhere with the negotiations, I don't think we can fix it. Sakaratte - Talk to the catmin 14:23, September 12, 2017 (UTC)~

From what I can see the removal of the videos template by Fandom has entirely messed up the corresponding games infoicon template, I've already double checked the script on my test wiki and there are no problems over there. My guess is that this is all on Fandom, so if you wouldn't mind please contact them about it, it might be an external script which might interfere with the icons. Which would the most logic answer to it. I just wanted to let you know that I've done what I can, and there's no way around it as of now. Best regards

Just a heads up

No problem. Figured you should know. Particularly since, well, Kotaku was the one that was reporting last time you guys were big gaming news. Timeoin•Say G'Day•View my work 23:23, September 12, 2017 (UTC)

What's the point of this category and its subcategories? There's only quests for Fallout 1 in this repertory and it seems it was created in 2013. Are the categories still in use or does the app use something else now? --YOD ᕦ(ò_óˇ)ᕤ 22:06, September 13, 2017 (UTC)

What are your thoughts on creation club content being added to this navbox? DisgustingWastelander (talk) 21:13, September 14, 2017 (UTC)

I sent a message through the discord channel on the vote, seems to have gotten users attention to the vote. Sakaratte - Talk to the catmin 22:06, September 14, 2017 (UTC)

Indeed we do. Right now I think some of the votes are based on user's personal sentiments to CC rather than practicality. Thankfully this is just a vote to some idea of how people see it being structured, might take another round of voting with the debated items, I think a firm draft will help inform decisions a bit more. Sakaratte - Talk to the catmin 22:14, September 14, 2017 (UTC)

I simply have a question about shared-repository images between Nukapedia and Vault-Tec Labs. I deleted several files on Vault-Tec Labs with the intent of using direct http links to Fallout 2 images from Nukapedia in their wake as seen here. In a few cases, instead of the file pages being removed outright, "uncreated" File pages remain viewable. One example is "Spear.gif", as seen here.

According to the File History you were the last to upload the current version of File:Spear.gif to Nukapedia, thus I was wondering if the sharing were enabled by you? It seems to be enabled for a few other Fallout 2 art files that are featured in a few articles over at the modding wiki.

Good to know. If it's enabled by default for every image File on Nukapedia then I'll continue forward deleting all the ugly versions that were uploaded to Vault-Tec Labs forever ago. Thanks! -- Ghouly89 (Talk) 17:09, September 15, 2017 (UTC)

Most of the inventory images in said category are the only ones for Fallout 2 that were altered from their vanilla state. It's just aliasing on the borders of the sprites, but it does pose an interruption in the congruity of all the other images. If there are no issues I'd like to replace these. -- Ghouly89 (Talk) 23:09, September 15, 2017 (UTC)

Retrieved from "https://fallout.fandom.com/wiki/User_talk:Jspoelstra?oldid=2784550"
Community content is available under CC-BY-SA unless otherwise noted.