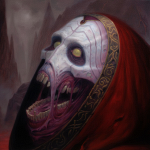 There was indeed a typo in the GURPS timeline document that you corrected, but I reverted the change, since we are keeping the original document as it was, even with typos. Ausir(talk) 03:04, February 23, 2010 (UTC)

Your bug added to Abernathy farm was the same as #2 there. Also, it is a well known bug of any settlement containing pre-supplied beds, documented on the "Settlements" page (not that that matters). HalloweenWeed (talk) 17:41, February 18, 2016 (UTC)

You uploaded some great quality images of weapons yesterday. Can you do more interesting variants? Weapon images are always popular. If you can, could you use less space around it, I cropped some images to make it fit better in the infobox. Jspoel

Let's say the interesting variants of all weapons, where the weapon significantly changes in appearance. Jspoel

Ah! I keep forgetting that there is a bit of a delay for most other people. Anyways, to avoid spoiling the experience for you, all I will say is that I think you will be pleasantly surprised. The add-on is not terribly long, but while I was skeptical at first over having add-ons released, instead of proper DLCs/expansions, I have to admit that Automatron turned out to be some pretty solid content.

Hope that you enjoy it, once midnight rolls around! 寧靜

My apologies sir, I just found out that VDSG stands for Vault Dweller Survival Guide. I thought that the quotes and the VDSG was just put by someobe without permission. Again I aologize.--Lieutenant113 (talk) 02:15, April 13, 2016 (UTC)

You're right. I was going to check that, but my computer crashed and I postponed it. Both characters are listed as normal characters in the Creation Kit, and with a major voice actor, so I wanted to find out who they were and how they were used. Jspoel

I have listened to the tour bot already and heard their voices. The dialogue can be read using the Creation Kit. Jspoel

Heads up on Chained Door Edit

Hi there, since the bug is directly linked to the character model, it should be listed on his character page. Even though the trigger seems to be at certain locations, the actual bug is only impacting his character model and not the location itself. ---bleep196- (talk) 13:56, July 22, 2016 (UTC)

Hi. Thanks for your 'Verified' remark (I am new at this Wiki thing). At first I though the black screen (hang) when entering Dead Money was because of a 'quest' item in my inventory (the engraved cigarette lighter) because I did a successful test run with a save file that didn't had the lighter. I tried some workarounds (ditching my companions and inventory, clearing cache, reinstalling the pack from the Ultimate DVD, downloading de DLC) to no avail. After all that frustration and late night hours the next day I noticed just another difference between the 'working' save file and the 'problematic' save file: the 'FOD' status. I wondered "Could it be?". Then I gave food to my 'starving' character and it worked like a charm. Hjroman (talk) 18:50, August 23, 2016 (UTC)

I don't quite get that. If you normally name a file you can just use a space(s) in the filename, save it and upload it like that, no problem. Only if you add an underscore on purpose with the keyboard it will be in the filename, otherwise it won't.

If you upload it, you'll see an underscore in the article, but you can replace it with a space. Jspoel

Wikia adds those underscores to keep the file(name) "connected", in one piece as it were I think. Later on you can change it with a space by choice. Jspoel

I did not give specific instructions if called instructions. Those are notes. Andrew03 (talk)

I've noticed it myself, but didn't give it much priority. You could switch it around if you want. Jspoel

I can't find a reason for the difference either by looking through terminal entries that I can think of. Unfortunately we also don't have subtitle text files for NPCs to refer to for Minutement related NPCs. Nothing springs to mind from memory either. Great Mara (talk) 19:09, January 5, 2017 (UTC)

I've changed the names. They're absolutely great images! Very high quality. If you have more we'd like to see them on the wiki! Jspoel

Your images are far better of quality than just about every infobox image we have right now I think. The weapon pages/images are one of the most popular pages, so these images will be a great asset for the wiki. You can also look at the variants of course. Your images remind me what User:GhostAvatar came up with. He has a dual screen. Ah, the good old days. Looks like you can compete with him :) Jspoel

Hey good to see your name appear again in recent changes! I remember your work on the weapon images, those were great. I assume you've got a new computer now, I believe your old one wasn damaged by water? If you have the time, you think you can pick up these images again? We still have far to little of variant images. Jspoel

Thanks for those images, look pretty and sharp. About the numbers, I've been struggling with it myself (it's not in the policy), I've gone for everything above 10 in numbers, one through ten in words. Jspoel

Hello! I know that I am a little late to the party, but you are right about the Chinese Army command HQ location, it is called jackknifed freeway truck. I have changed it to reflect what is written in the game guide. Thank you for pointing it out! -(Kdarrow (talk) 06:02, April 27, 2020 (UTC))

Retrieved from "https://fallout.fandom.com/wiki/User_talk:JMA4269?oldid=3202815"
Community content is available under CC-BY-SA unless otherwise noted.