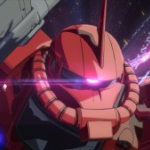 Surprised this needs to be said, but new messages go at the bottom of the page. Untitled and unsigned messages will be ignored.

Say, can you check if Notice to WRVR is in the WRVR broadcast station? It should be a fixed note but I don't see it. Trying to get confirmation as a bug. Also I'd to know the platform you're playing on (I play on PC). Jspoel

I'm sorry, but am I missing something here? If something is waterproof, it means that water isn't going to affect it - but if turrets are going to shut down when submerged, then it means they're not waterproof. --Kazeite (talk) 01:44, January 7, 2018 (UTC)

If you remove strategy, please add it as a comment. Now the one who added it has no idea why it was reverted. Anons hardly check the policies before they make their first edit I think, or just read over it. He may become an editor in the future and being pegged back on your first edit doesn't leave a good first impression. Jspoel

I do not understand the "that's like" example you used in claiming that being in command of a unit does not make you part of it. What is an "OP"? And referencing a Deck makes me think of the Navy. Specifically, now. If you are in command of a platoon, you are PART OF THAT PLATOON. If you command a company, ditto. A battalion, the same. A brigade, a regiment, a division, YES. I can't think of many instances where an officer commands a military unit and is literally not part of it.

The only exception is with, say, subordinate units within a unit the officer commands. If you command 1st Infantry Division, for instance, you are part of the division but not part of the regiments/brigades, battalions, companies, platoons, squads, and fire teams contained within that division. In saying that commanding a unit makes you part of it, I refer to the NCR Army way, which is based off the pre-war United States Army way. And in the United States Army, Great Mara, if you command a unit you're part of it. The NCR Army is never, ever so much as hinted to operate in some drastically different way. If you are in any way referencing the Navy, toss that stuff out the window, because the NCR Army is on land and they don't do "Deck divisions".

As a rule, it is rare, especially in army units, for a person to command a unit and NOT be part of it. Commanding officers are not some strange breed of leader that are exempt from being part of the force they command, or being like them in any way. If you command 1st Infantry Division, you wear the division insignia. If you command any unit with distinctive insignia like 1st Recon does, you wear that insignia. I'm curious as to where this Navy-sounding "Deck division" stuff comes from... --90TheGeneral09 (talk) 22:58, January 12, 2018 (UTC)

Addition to the above: That is ALL NAVY stuff you are referring to! I speak ONLY of Army command units. An Army division is a unit typically commanded by a two-star general, called major general, and he is PART OF THAT UNIT. I could not possibly have been more clear on this. No, no, the Navy is only of limited relevance because the Navy defines who commands what and how differently from the Army! You appear to be treating it as literally the same thing, and it is not. It is shocking that I must tell you this given how you seem to know something about the Navy, but it is NOT THE ARMY. The Navy does not do everything the way the Army does. God knows I wish they did, otherwise you wouldn't be yelling useless Navy stuff at me when I have repeatedly made it extremely clear I am talking Army.
Perhaps this, taken from Wikipedia's definition of an army division will help.
" in naval usage division has a completely different meaning, referring to either an administrative/functional sub-unit of a department (e.g., fire control division of the weapons department) aboard naval and coast guard ships, shore commands, and in naval aviation units (including navy, marine corps, and coast guard aviation), to a sub-unit of several ships within a flotilla or squadron, or to two or three sections of aircraft operating under a designated division leader."
And "you can drop that line of thinking right now"? I refuse. You cannot dictate policy to me. I want to tell you something else, since you clearly define all military command as it is specified in the Navy. Or some PARTS of the Navy. I can tell you that the commanders of "USS Thresher" and "USS Scorpion" sure are exceptions to your absolute rule that command of a unit means being totally apart from the unit, since "lost with all hands" includes the commanding officer. Even in the Navy, when you command a ship or a sub or a helicopter or fixed wing squadron, that's your unit and you're in it. Command of an operational unit- any Marine or Army fire team up to a division or corps, or leading a division or, yes, commanding a ship- means you are PART of what you lead. I don't know who taught you this is how leadership works but the commissioned officer who leads a platoon on up and acts like he's absolutely separate from his/her unit is gonna have a real hard time convincing those people to go into harm's way or even unload a truck because he said so. --90TheGeneral09 (talk) 00:44, January 13, 2018 (UTC)

A) An officer can be in charge of smaller divisions that they are not a part of, that is the basic chain of command. B) This organization style is carried across every military branch and not unique to the Navy. C) This conversation is taking place on your talkpage. Stop spamming mine with offshoots that aren't part of the main conversation. Great Mara (talk) 00:48, January 13, 2018 (UTC)

A.) Great Mara, I do not need the basic chain of command defined for me. You may assume I know that. Also, I *literally* just explained that officers can indeed command units they are not a part of. A division commander in the Army or Marines is not a part of brigades, regiments, battalions, companies, etc. that are in that division. But the unit he commands DIRECTLY, the one that is most clearly his- he is a part of that. Which was my point.
B.) Indeed, the concept of commanding a unit that has smaller units that make up the bigger unit does exist across the services.
C.) Yes, but are you necessarily paying attention to that? I don't know. I'm "spamming" your page no more than you are mine, Navy person. --90TheGeneral09 (talk) 00:56, January 13, 2018 (UTC)
And in addition, I have been extremely clear in making all of my commentary relevant to this. I will be glad to help clarify if the relevance of something has been missed. --90TheGeneral09 (talk) 01:02, January 13, 2018 (UTC)

I think this has all been carried far enough. You aren't incorrect in what you've said about how some aspects of command work in the Navy, and what a "division" is by Navy terms. But from the beginning I spoke exclusively of Army/Marine terminology on such things. That was all. Yes, some things are the same across the board but at the end of the day the services speak different languages sometimes, and when it comes to Army and Navy that is most definitely the case. Something to bear in mind when what a word like "division" means to one service versus another. Your knowledge base is focused on the Navy. Mine is focused on the Army. That's where this whole nonsense conflict came from. I apologize for so drastically losing my temper and hope this has helped to clarify things somewhat. --90TheGeneral09 (talk) 03:37, January 13, 2018 (UTC)

Why did you remove the exploit for boosting Caits approval rating that I updated? It's not against the rules and it's shouldn't be up to you if people choose to use it or not. I'm going to check to see if what you've done is a rule violation, if so, I will re-reupdate it and if you continue to abuse your power, because of your own personal morals, I will be forced to report you directly to someone I know is higher than you. --JustinWillPownU (talk) 00:14, January 14, 2018 (UTC)

I saw the edit on the recipes page for the Hubologists camp, I think that Anon was confused, since in a lot of countries the 1st floor is actually the second floor if there's anything above, and the 1st floor is the ground floor. Not saying the article is wrong, but there is a second floor to the place and he/she was likely confused. Perhaps just say inside the diner in the article? Just trying not to revert edits so quickly and look it at from outsiders point of view. Rebel427 ~ I'll be your huckleberry 23:17, January 21, 2018 (UTC)

I'm aware that it's US based, I was just elaborating on why that anon might have made the edit, removing the 1st floor aspect and just saying inside the diner instead might alleviate more confusion in the future. Rebel427 ~ I'll be your huckleberry 01:20, January 22, 2018 (UTC)

It's whatever though, thought it might be easier for people to understand if we eliminated the 1st floor bit. It's not a super hard item to find in the first place. Rebel427 ~ I'll be your huckleberry 23:34, January 22, 2018 (UTC)

I get that it's a minor thing, but I've seen a couple other articles that mention when a police hat is present under notable loot. Plus the police hat article itself mentions this one in the Grower's Shack. Several articles treat this at notable and I still think it should go into the shack's page.

I just pick the weapon up and there is no gun skill requirement? So I attempted to remove that figure in the wiki. Is it supposed to mean 100 gun skill or 10 strength required? —Preceding unsigned comment added by Ikarosfd (talk • contribs) 07:53, February 7, 2018 (UTC). Please sign your posts with ~~~~!

I don't get it. what does "Ghost" mean in the sense you used it? I have no problem with your edit to what I did, but I really don't understand what you mean by the word "ghost".

Bruh, the scaling of in-game locations is just due to game limitations. In the artwork the Strip appears far larger than in game. Also, look at the artwork of Fallout 3. Even the Vaults' size should not be taken at face value as they haven't got enough space for 1,000 people. ComradeUranium (talk) 13:10, February 10, 2018 (UTC)

Sorry for my several edits. I know I can get extremely annoying. I have nothing else to do with my life besides edit the wiki and play video games. --AShatteredDream0 (talk) 03:32, March 4, 2018 (UTC)

Retrieved from "https://fallout.fandom.com/wiki/User_talk:Great_Mara?oldid=2837118"
Community content is available under CC-BY-SA unless otherwise noted.