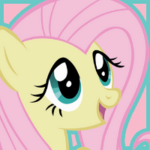 Nice work spotting the double page, in the future, if a page is a double of another, feel free to make a redirect to the proper page. This is done by putting #REDIRECT followed by a link to the proper page.[[in these]]. BTW respond on others talk pages, instead of your own.JASPER//"Do you like hurting other people?"

The Other One Edit

Please do not create fake pages. There is no such item as Goodsprings Gas Station Key. --Kris

On a related note, as you create pages, use proper capitalization as per The Vault:Anti-capitalization project and make sure there's not already an existing page for that item. --Kris

Ok, it was just the Goodsprings Gas Station key that doesn't exist, I went through the others you made and added the info from the GECK, but that one wasn't listed. Didn't mean to sound like I was accusing you of vandalism. --Kris

If you click the image you will actually see the original size, the info box scales it down a lot more than it really should. Because the previous image was such lower res that particular info box was set at 70px, once I have updated all the images I am going to go around and change the restrictions people have previously put in place.

Gheart, I'm glad to see you responded with maturity to our comments. I'll give you some tips. Like I said, get involved in at least 1 large project, see The Vault:Projects. There are so many choices, choose one which fits you best. And you can look at the Things to do list from time to time and do some work there. Or find missing pages, like free quests or miscellaneous items and take some time to fill them in. Or make suggestions here Forum:Featured articles - FNV, like I did. Those things show an extra effort. I'm not sure, but am I right that writing text for articles isn't your strong point? Then switch to uploading good quality images from Fallout. That's what I like and there are still enough left to be replaced. Try to be on the wiki with somewhat more consistency (like Hal10k) and also get your edit-count up a bit. 2000 looks better than 1100 for 5 months membership. You just have to stand out more on this wiki and wait for the rollback rights, then you know you're on the right track. After that you can think of admin ship at a later time. And keep doing what you doing by (correctly of course) reverting bad edits. So there are enough possibities. Good luck!

Another tip: If I were you I'd remove the line in your application: As an admin I would not only be able to watch anon users, but also every user. It sound so 'Big Brother is watching you'-like. Best to be sticking to your own qualities instead of another one's faults.

Try to get a little bit more into the technical aspects of the Wiki so that you know these kind of things. There are some help pages which can aid you. --Jspoelstra 02:04, January 7, 2011 (UTC)

You're doing good work this evening, but I'm not happy you downsizing my images I uploaded of Fallout 3. They are fine just the way I uploaded them. Now they have a strange ratio also on the page. It's no problem the size is between 150 en 200 kb, there is plenty of serverspace. If you want to join me in uploading images of Fallout 3, no problem, but add your name to the project list and follow the guidelines I explained to User:Pu239AndYou, on his talkpage. I have already done a lot of uploading, For npc's that still have to be done, see on the project page, section Fallout 3 --Jspoelstra 22:53, January 7, 2011 (UTC)

These quests are the names given to scripted encounters with Victor (technically unmarked quests), they just don't have pages yet. --Flower of Pock-Lips 23:55, January 7, 2011 (UTC)

I have just reverted your changes with my rollback rights in a few clicks. You could do it also but it s a lot more work. If you want to know I'll explain tomorrow (it s late now), or you can figure it out for yourself.

The ratio of the images is ok again too, 14 to 10. This is a requirement for the images here. Knowing you are playing on an X-Box, I don't think it's a good idea to upload images yourself, because I've seen some X-box images on this wiki and they are poor quality.

Concerning participation in a project, first read the rules, then start contributing. Though you made some mistakes today, I think you are on the right track. I have made (and still are making some) mistakes too, but that's ok as long as you learn from them. Jspoelstra 00:09, January 8, 2011 (UTC)

Actually any user (even anons unless it is a protected page) can revert a page to any previous version in just 4 clicks. Simply go to history and click on the date of the version you wish to revert back to next to the users name. This will display the page as it was of that date, then make a null edit (click edit and then save without making any changes). This will then save the page as of that date and wipe all changes made since that edit. ☣Avatar☣ 01:04, January 8, 2011 (UTC)

Regarding your nomination of the "All-Purpose Science suit (fallout: new vegas)" for deletion-

The page certainly deserved to be deleted, due to a similar page already existing in the form of the All-Purpose Science Outfit. However, unless the article is nothing more than blatant vandalism, please do not remove all content from a page when nominating it for deletion, as this makes it harder to judge whether the page is worth preserving. Thanks. Hal10k (Leonard Bernstein!) 00:26, January 8, 2011 (UTC)

No problem. I support your run for adminship. Did you make it?

hay im just wundering how do you make one of thouse Character things like the one on your profile--Dam straight 23:01, February 15, 2011 (UTC)

Joking aside... This is unfortunate...

If you want to check to see if something is actually a item or mentioned only item, see PRO ITEM.MSG (Fallout 2). That is the resource file direct from the game that lists all the usable items in the game.

When I make my user box thingys I'm gonna make one that says "This user looks similar to Fantastic." and have his face in the box. --

Got the userboxes. Thanks for making me aware of my now favorite one! --

Im just drifting off to sleep. I noticed that Honest Hearts was in danger of being knocked off the #1 most edited page - so im, like *must change that*. Also - I must use IRC less - after 2 months of being in the top 5 for gaming, I am temporarily off the list .. (although still there for PC games - just!). Anyways - hi Gheart! And bye... sleep time :D Make sure to watch the Skyrim E3 thing if you are free in just over 2 hours time? Theres a link on the IRC channel :D Timeoin•Say G'Day•View my work•See current projects 15:58, June 6, 2011 (UTC)

Aha! What's up there pal? Edit

I see your on this wiki as well. And might I add that my favorite character in Fallout 3 is the Gary clone. Ever walk around alone and the dude pops up with a "the Shining" Esque "hahaha gaaaarrry!" ? I did. Scared all hope out of me, and my friend always does it to me now....can you get a pic of Gary of him doing that angry face? Te one where he looks mad? I wanna put it up as my user profile box pic, like you put power armor for yours.

User:LukaSlayR13•"We've planted a seed, an ever-growing wonder to a beautiful tree. Grow. Each branch outstretched and different from the last (from the last)" 17:40, July 1, 2011 (UTC)

I'm sorry, but I must disagree with using the Unity. That is strictly the Master and although your reasoning is plenty reasonable, I can't say I'd have it as that. What about 'Unity of Broken Hills' as a compromise. Look forward to hearing from you :)

Thanks for the compromise. I'm happy you had some input, especially as I had only just created it so thanks. It looks better now for it I think :). See you around,

Next time, when you create new pages, add a little more info to it. Like just now with the developer pages. Some more easy to access data was available at the mobygames website or wikipedia for other work. Jspoel

Was there really any reason for the ghost people page? To me, and this might be not be right but it seems like the classifications of the ghost people would be proper nouns and should be capitalized.

my gamer tag is BIG IS B A (as spelled)

Thanks for undoing the edit because I did not intenially want to make the screen white is just happened so any way thank you.

...is incorrect. Why did you change it from the correct word "your" to the incorrect word? --Kris

Put the picture on dr.dala not the voice actor sorry.

Yeah I get that sometimes as well, I've always assumed it was my connection (which has been had lately) It's possible your connection may be off today, or it's a general chat bug. - Samuel L. Whackson Talk Poll 15:11, July 21, 2011 (UTC)

BillyOcean is a admin .....guess we'll see for how long .. guess i'd better shut my mouth before it's too late

hey, can I get some help on how I can make a userbox, or can I at least get the link to an empty template for one?

Out of interest, is the the same Gheart I see in the Skyrim section of the official Bethesda forums?

Hey there! Just wanted to say thanks for changing my careless "Capitol" to "Capital" -Wasteland. For some reason I keep getting confused and didn't know which one was applicable here. Happy Holidays! ΣΔ 00:56, December 12, 2011 (UTC)

This is not a circular, ok so maybe it is :pEdit

MESSAGE TO ALL! Merry Christmas, hope you have a great day! If you see this, it means I love you enough to go to the effort of visiting your TP and copy/pasting this - well done :p Loves and stuff!

"Even In Death May You Be Triumphant"

Don't insult Wikia or their employees. If you don't like them or their wikis, then leave. The rules for insulting other users also applies to not insulting them. Jspoel

Can i have your pet fluttershy? or a fluttershy baby?

Retrieved from "https://fallout.fandom.com/wiki/User_talk:Gheart?oldid=2039977"
Community content is available under CC-BY-SA unless otherwise noted.