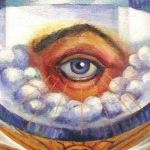 Thank you - I couldn't figure out what I was doing wrong!

In two words... not good. This is the Destroy the source of the Mutants quest.

Mm, not a bad idea. I've put it up there to see how it looks. We can give it a try I think. Jspoel

18 makes an adult by our terms, however the children of little lamplight who are kicking him out say people leave at the age of 16, not 18. Sticky claims otherwise (that it is in fact) but if anything this would just be because he wants two more years of living in Lamplight/wants to have the player on his side so he can bitch to him about them kicking him out. Seeing as no one ever (as I recall) says "Sticky is 16/18" we should use Little Lamplight's rule of eviction, which is 16.
"Sticky will say the age for children to leave is 18, though through dialogue with other characters, it is revealed to be 16." -Happy Birthday to You/Sticky Situation. JASPER//"Do you like hurting other people?"

Hey, I'm writing to let you know that I removed you and the anon's additions to the Citadel's notable loot section as, according to Notable loot policy, neither T-45d nor plasma rifles are notable. Richie9999 (talk) 20:23, June 1, 2013 (UTC)

I'd suggest just leaving it alone for now. It's an experiment that I dropped due to my work on it being right when we entered our dead period, and it's something I will be reviving once Fallout 4 brings new life here. I suppose I'll even do some more work on it soon, since I was meaning to bring back my manual template for bans anyways.

Hmm. Yeah, I can go ahead and throw it in a sandbox. I'll get to that in a bit when I have more than a couple minutes to spare at a time. Good luck with that list.

Hey Jakša. I have deleted the category you tagged for deletion, since it is an empty category, not to mention we are no longer the Vault and we have other categories that perform the same function as that one did in the category tree for news. --Skire (talk) 22:36, June 10, 2013 (UTC)

I undid some of your archive edits. Those talkpages aren't added to anymore, might as well keep content on them. Now they showed up empty and you would need to click on an archive page link to see some content. They also created a new red link on wanted pages. Jspoel

Just leave it as it is, it's not that big a problem. We just have a few archivepages that show up on the wanted list. Jspoel

They are being generated by the weapon comparison table. I've looked ad nauseum for where they are coming from, and I can find no mistakes in the template I wrote. For some reason, the wikicode is mistaking something I wrote in the template as a template call. I will look again to see if I can find the error. Please do not create those links, or try to delete them. The Gunny

Actually, I think I found it. Edited the template. The log should not show those wanted templates after the run tonight. The Gunny

Hey, Jakša. Thanks, I'm just watching out for them whilst planning some of the film pages, unless you mean the film pages of course?

Sorry, I don't understand. Go ahead with what? I was asking which edits you meant XD -- G͕͇̰͓̱̭̑̒̿̈́ͮ͌̓ͅO̝̪̯̲͖̦͔ͦ̉́̾̽T͓͖ͤ͊W̛̝̓̽ Ù̻͉̽́s̛͒͌͒̄͐ͨě͍͉̦͙͇ͨ̈ͦ͢r̨̞͔̜̹̹̦̪ͨͤ͗̆͐͛ | T̯̙̀ͣͪ̀̔̚a̮̞͓͈͖̒l̿ͩk̢̲̬̱̬͉̲ 20:51, June 15, 2013 (UTC)

Thanks a lot man! I really appreciate that! It's good to know that people have noticed the work I've done for the film pages. -- G͕͇̰͓̱̭̑̒̿̈́ͮ͌̓ͅO̝̪̯̲͖̦͔ͦ̉́̾̽T͓͖ͤ͊W̛̝̓̽ Ù̻͉̽́s̛͒͌͒̄͐ͨě͍͉̦͙͇ͨ̈ͦ͢r̨̞͔̜̹̹̦̪ͨͤ͗̆͐͛ | T̯̙̀ͣͪ̀̔̚a̮̞͓͈͖̒l̿ͩk̢̲̬̱̬͉̲ 20:57, June 15, 2013 (UTC)

Thanks X; looking at ways to extend the relationship between the two wikis. I was thinking maybe a "Question of the week" in the news, and more admin promotion of Fallout Answers when a question leaves them stumped... Wonder if its also possible to screenscrape a little information from F;A to put onto our game portals (I can talk to Wikia about that)... What do you think? Agent c (talk) 12:00, June 16, 2013 (UTC)

I'm very interested in extending our partnership with them, but haven't done anything concrete to date... Any suggestions? Agent c (talk) 12:37, June 16, 2013 (UTC)

On the Abandoned apartments notes we might also have said types ..

Either way I like your minor edit better than mine & I just wanted to thank you for improving the note rather than deleting , reverting or rolling it back with out reguard for it's intent.

It is IMO the toughest battel of the Abandoned apartments, especially if your player character is relatively low level.

To sum up : Thank you for recognising intent and improving the edit respectfully.

Well, seeing as we'll have all the audio uploaded at the end of this project, any new quotes added will lack it, which will be standardized and look sloppy (all pages in F4 will be without) so this fixes that issue, making the wiki more complete. It also applies to weapon noises, which if missing from a page also make it standardized. Yes, quotes are optional, but if a page has quotes it should also have the audio added to go with them.
JASPER//"Do you like hurting other people?"

It's forced upon us by Wikia. A Wikia bot changes all youtube tags to file uploads and credits the original user who added the tag. Not much we can do. Check their 4 of June Wednesday update. Jspoel

What I'd like to do is look at this one at a time. Answers is a good one to start cos its always sort of relevant, and can help feel a mutual need - we drive traffic there to solve questions that aren't easily solved here.

Once we've gotten that right, we can look at how to rekindle the relationship with the other wikis, or look at rekindling the dead ones. Do you know anyone on Tranquility lane at all? Agent c (talk) 21:53, June 18, 2013 (UTC)

Archive button where? On talk pages? Stuff like that is usually found in the site's javascript. Anyone with admin rights can edit, as long as they know javascript. The Gunny

The code for talk page archiving is in the MediaWiki:Common.js, in the section titled "ARCHIVE TOOL". The Gunny

Jakov, if I wanted to find the stats for creatures from Fallout 1 and 2, where would I look? Would I have to go into the game, and if so, what do I do? Hugs

All right, thank you Jakov! Hugs

They were on the Fallout: New Vegas soundtrack page, but they caused duplicate files alerts. That's why I changed that page back to youtube links (yes, it is possible to trick the system). I missed deleting them at the time. Jspoel

I reopened the discussion on the reconfirmation process at Forum:Reconfirmation_Process and I'd like your input on the ideas that we were working on. The Gunny

That page was meant to go on my userspace... I've done goofed. -_- Fixed now.
Limmiegirl

User:Wasson...Kuasson! was spamming during (a dead) chat at around 4:43 pacific time.

Can you get in chat for a moment? Jspoel

Seems you are away again. Reconsider this infinite ban. From what I see on Denis' talkpage refering to the chatlog, he was adding a few lines of what can be considered spam but I mean it seems more boredom to me (chilling with White Storm boy) and it was a dead chat, where he was trying to get some conversation going. No one was even there to be annoyed by it. He doesn't deserve a 1000 years of punishment. I would have let him off the hook this time. Jspoel

I heavily suggest letting him off on this one. In my experience we don't ban for spamming a dead chat and, as much trouble has he has caused in the past, he isn't in the wrong for this one. JASPER//"Do you like hurting other people?"

Inclined to agree with Jasper on this one, to an extent. Spamming a dead chat is still spamming, so he ought to still receive a ban for this, but a perma-ban seems excessive. One week or one month seems more adequate, but I hasten to add this should be the very last warning prior to a real perma-ban; any future offences, no matter how "minor" they seem, would just be insulting to our current leniency.

I am aware Js has asked this matter be dropped and that the week be expected and I do apologise but this ban is ,for want of a better phrase, a load of hooey and unprecedented given the circumstances. As it stands 4 mods agree that the ban should not have been placed at the time and it's punishing something which was done innocently and I am afraid I cannot stand for that. The room was dead, and as many have done before, he was trying to attract people's attention and find out where people were. The fact that the person posting before him posted far more lines and has not been flagged but Wasson has really irks me and I would implore you to reconsider this ban fully, and remove it because I feel even shortening it to a week is still an unfair punishment for something that does not need to be punished. Apologies to anyone if they feel I am exasperating this issue but I really cannot sit by and watch this slide. --

You are joking right? I just said hello and nobody was responding. So I write two lines from a song lyrics. Nobody was around. Not trying to stir up trouble but someone wrote recently before me so I was hoping if they checked chat they would say hi. Don't be ridiculous mate. --Wasson...Kuasson! (talk) 17:05, July 15, 2013 (UTC)

Retrieved from "https://fallout.fandom.com/wiki/User_talk:Energy_X?oldid=1951942"
Community content is available under CC-BY-SA unless otherwise noted.