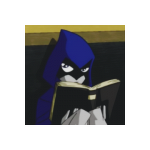 Do no edit war. If someone undoes your edits, don't redo them before discussing it with the reverting editor on their talkpage or the article talkpage and receiving a response. Great Mara (talk) 16:25, March 29, 2018 (UTC)

That is a forum page, not the wiki's policy. Furthermore, I'm not the original reverter, so I can't revert you again. You're the one who failed to contact Jspoelstra on the matter. Do not edit the pages again until you've messaged them. Great Mara (talk) 19:57, March 29, 2018 (UTC)

ITs always a good idea to discuss renaming a page first. Especially in this case when the last person to rename it was a Bureaucrat. Xa3 (talk) 16:38, March 29, 2018 (UTC)

In this case the talk page seemed to settle on renaming the page. I posted on the talk page. At this moment no one has replied to either post. --Demonofsarila (talk) 19:28, March 29, 2018 (UTC)

I know these have been a bone on contention and Jspoel has yet to get back to you (it might be a short while still before he gets on to take a look at), I have noticed from what the pages that they are inconsistent between if they have the edit ID or not. I've come across a lot of things, except the Edit ID in the CK. What exactly is this and where is it found? Sakaratte - Talk to the catmin 10:43, March 30, 2018 (UTC)

Edit ID is short for Editor ID and it uses the number at the end of that field from the book/magazine (both shortened to save space, not intended to be confusing). I would upload a screenshot here but it says I can't do that, so please check here https://drive.google.com/drive/folders/142ZYXjTt_kiuR_ZFNIJm2yq3sKgwGZgA?usp=sharing (otherwise what I'm saying may not make much sense).

Normally in game the player doesn't see the editor id. However, there are a few of sorting mod that are very popular and none of the ones I checked use the perk/issue number for the book/magazine's name (in the code, the perks and the magazines are separate programming objects). Instead they use the number at the end of the Editor ID to number the magazine's name/full name. One example mod https://www.nexusmods.com/fallout4/mods/3877/ I've included in the screenshots at the link above (I loaded it in xEdit because it's easier to see the difference in xEdit vs in CK).

In game, players with these sorting mods see the magazines in order by Editor ID. Having this column on the wiki page makes it easy to arrange them in that order (if the reader wants to) and compare which perk mags they do and do not have. Having the Edit ID doesn't in some way hurt players that don't use a sorting mod so I don't see the harm in having the column there (in shortened/compact form since) for people who use such mods since the Editor ID itself is a part of vanilla/non-modded Fallout 4's code.

Ah I see, I've just been looking at the Creation Kit (our usual reference point) and I don't see these anywhere myself. That makes it hard to verify for us. I'm going to ask someone else to do a data-dive and see if they can verify the information our end. There is likely a reason they were removed in some places and not others, I'd like to eliminate the mod content route first (although it looks like the screenshots came from FO4Snip, which I have misplaced at the moment, so can't confirm myself). Sakaratte - Talk to the catmin 12:30, March 30, 2018 (UTC)

I've just spoken with a couple of others now. The edit ID is created from the official editor ID, via third party scripts, rather than it being named. If you don't have the mods, this wouldn't appear anywhere, other than as part of the Editor ID that can be found in the Creation Kit (e.g. PerkMagPicketFences03). Our policies indicate that mod content is not covered and as such the Edit ID's should not be on the wiki. Sakaratte - Talk to the catmin 12:58, March 30, 2018 (UTC)

(←)  I done some investigation, and it may be worth adding them. Until now I've discovered some inconsistency on the various pages, some had the editor ID column, some had them not. On other pages the ID numbers are used as issue numbers, which also isn't correct. All pages could be changed having an editor ID column as far as I'm concerned, and while we're doing that it should also be doublechecked with the Art of Fallout 4, for the correct issue numbers. Some of them don't match with how we have them on the wiki. I've also sent a message about this to Sakaratte. Jspoel

Well if my opinion on the matter means anything, I think the tool-tip thing is quite lovely and works well. Also that art of fallout 4 book looks just wonderful. Some part of me is happy that we have a cannon source for what the issues numbers really are! The very nerdy part of me that likes well-formatted data. --Demonofsarila (talk) 21:59, March 30, 2018 (UTC)

Retrieved from "https://fallout.fandom.com/wiki/User_talk:Demonofsarila?oldid=2901827"
Community content is available under CC-BY-SA unless otherwise noted.