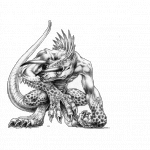 I now see you have problems using infobox images and I have fixed them for you. You can see what I did through the page's history. And thanks for the present. I am working here to protect the wiki from vandals. --Gauzz Rifle ( talk  · contribs) 06:48, October 25, 2011 (UTC)

Checked it with the GECK, it's Sun, not Son. Jspoel

I uploaded it. just respond on the nexus if anything goes wrong and i will fix it as soon as i can. --

Sweet that sound awesome. just let me know when you re-upload it. i have some of the general parts of the backstory laid out (pretty much the reason it is called "Subject 5") but there are still some details to put in. --

definitely thought i did that. oh well you fixed it.--

I reverted your Rivet City edit. It's something for the notable loot section and I don't think it's really notable. Unless there's some nukes in there. But I believe it depends on level. Jspoel

I do indeed think it's notable. I once found around forty rounds of .44 and twelve .308s in it. Anyways, sorry for the bother.

Where did you hear that? Can you send me a link to a reliable source confirming that?

I appreciate you bringing someone's fault to their attention so they won't do the same thing again. Just be more careful with what you say next time. It's just sort of unnecessary to tell someone to heed your advise or else fear the wrath of a ban.

No worries. Just don't want to scare away new members is all.

hey. is subject 5 ready to be re-uploaded?

also do you have skyrim? ive been working on a player house mod but have ran into a kind of major issue. i dont seem to be receiving any responses on the nexus forums so i thought i would ask you if you could maybe help/beta test it. if you do have skyrim, and are interested, please respond on my talk page. --

its fine. i was just wondering. ( i took a while to upload in the first place anyways so it doesn't really matter)--

Mistook the present as Garoux's, the guy posted a response below and it got me all confused.

Anyway, thanks for the Wanamingo, even if it did try to kill me... It's definately a fitting response to a humorous opportune joke of the moment and I thank you for it.

Awesome. just let me know when it is up so i can download it. also a list of what was added/changed etc would be nice so i can know what to look for. --

it's fine man i understand. if you wouldn't mind putting it up tomorrow night, (thursday the 29th) that would work out the best for me. if you cant get it up by tomorrow or dont get this message until after then, just message me back and it can be put up on the weekend instead (hopefully). --

The link to the subject 5 download is broken. Possibly because it was taken down by the site before i could get to it? Anyways could you put it back up please? --

K thanks i got it. i'll have to work on it this weekend in between other projects, school and such. --

Retrieved from "https://fallout.fandom.com/wiki/User_talk:DeathclawAlpha?oldid=2593100"
Community content is available under CC-BY-SA unless otherwise noted.