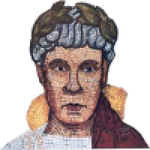 Atleast then there would be some fact behind the allegations of brainwashing people into changing their opinions. Sounds like a plan. --

'm not a huge Star Wars nerd, I just remembered the line and the subsequent Bink and Tag joke. :P

This user has been making brony avatars on commission. Hugs

Although mine isn't custom, you may want to check out this guy, he does custom artwork. He's quite busy though, so it may be a while before he gets to you. Oh, and one more thing... welcome to the herd. --

I saw your message, and would gladly accept your request. There is no shame in being a brony, your life will only be that much better. Cheers ^-^

Pony of the East

Retrieved from "https://fallout.fandom.com/wiki/User_talk:Cornelius_Plautus?oldid=1390481"
Community content is available under CC-BY-SA unless otherwise noted.