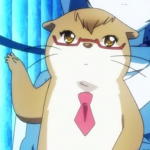 Greetings, Alatari, and welcome to the Fallout Wiki! We appreciate your contributions, and we hope you will make more!

There are a lot of things you can't do in the game, and therefore they are not worthy of mention, unless there is a particular significance about not being able to perform a certain action. Is there any reason a player should expect Button to be able to be sent back to the docking station? --Skire (talk) 19:39, January 25, 2013 (UTC)

Hi! In response to your queries posted on my talk page:

It is confirmed that many facets of Wasteland are referenced in futher Fallout games.

I don't see any problem with your second edit, it's fine now. Thank you for the contrib. --TwoBearsHigh-Fiving

The resemblance is slightly there, but it isn't nearly conclusive enough to say that. We have to tread carefully with speculation that isn't blatantly obvious. If you're looking for things to edit, start small! Since we're very far in to editing our articles since the last game release, there's not a lot of references we didn't catch and confirm.--TwoBearsHigh-Fiving

Not sure what is going on...Edit

I went into the files and edited them, then went to the save game and snuck up on her. The note is now accurate without speculation. What the programmers wanted is unsure. Either she was to be a cannibal or she is to drop flesh like other ants, we'll never know what they intended. Adding the flesh as inventory was likely faster and easier than scripting a death item. Alatari (talk) 10:37, September 3, 2013 (UTC)

You're right. We don't know what the programmer's wanted, so we can only speculate, but we're not going to do so in the article. As for the death item, I have to disagree, as it would take about five seconds for them to make one for her. I added the human flesh to her inventory, so her article should be fine now. 69.125.134.190 10:44, September 3, 2013 (UTC)

It's a matter of maintenance; to get rid of redirects. There are uppercapped pages mentioned on forum such as Lincoln's Hat. But we have it downcapped (Lincoln's hat). So if I want to get rid of it I change it to Lincoln's hat on the forum page. Then after I update all links, I can remove the Lincoln's Hat as a redirect. You can see in the deletion log I already did a bunch. Jspoel

I updated the link on your talkpage. Select the deletion log and you'll see what I've done. You could help but it's tricky work and requires some dedication, experience, insight and sharpness. And available time preferably. Are you already up for that? Jspoel

I'll leave some explanation on your talkpage tomorrow, then you can decide for yourself when you have time. It's rather dull work to be honest, but I'd like to see it done because the results will pay off in the end. Jspoel

Hey thanks! I deleted the pages you marked. Some pages you can't edit, like the blogs. Also some protected pages. You can skip those, I'll fix them later on. Good work! Jspoel

Are we disputing if they are newcomers? I'm not looking for an argument, they are referred to as 'survivors' but even I would say they are newcomers, but the article says they seem to be unlucky wastelanders and raiders and overpowered by the still-potent drugs, which is evidenced by the Lone Wanderer hallucinating. Because we can't truly know either way despite which side is more favorable, we shouldn't assume, so when the drugs were introduced doesn't matter and the information about the experiment can be found on the Vault 106. I see you're point though, and at least you took the time to write to me with your concerns, we'll be accused of edit warring if we continue to much so if I make one more amendment I hope you find it suitable. No bad feelings? :-) --

"And" can start a sentence when used sparingly and in the proper context, agreed one must be careful but the rule isn't set in stone. Next, the article is referring specifically to the "Insane survivors" hence the name, to have a note designated to say something specifically referring to events in the vaults history without linking it to something relevant on the page means it shouldn't be there or should be accordingly. Also, I don't appreciate your tone, I have been respectful to you and you talk back as if you are better simply because of the amount of time you've spent on wiki's, so again, I appreciate what you are saying, but at least try to acknowledge my input. --

I'm sorry you feel that way, but I assure you I am not trying to insult you, I don't consider you a vandal or anonymous, nor do I have you noted as someone who needs checking all the time, and any undo's that may have happened in the past have not come back to me as wrong. I do not doubt your education or work experience so please do not try to use it to big up your ego or suggest I am bullying or immature or arrogant. In any case, I put to you that your argument is misplaced with me, I'm following the form of the pages content, so unless you are going to change that yourself, and you are welcome to, please refrain from expressing your concerns over it to me.

Also, there have been discussions over this issue in the past in the so I can only assume the content is acceptable as it is. So disregarding 'tone', I don't consider myself better than any other editor and the fact I have been enlisted as a patroller shouldn't make you assume what I say and do is an insult or abuse of a position, so can we at least come to some sort of ceasefire? --

Look, as I said, I'm not intentionally trying to make myself appear better when I change something, so please don't take it that way, okay, granted an undo may have been unnecessary, but like I said, I am obliged to keep it in form with what's on the page even if evidence lies more favorably to one conclusion. You are welcome to start up a new discussion about it, I agree with what you are saying.

I don't know why they weren't either, though admittedly I hadn't noticed, in any case it looks okay to me, if there's something that does come up that'd be something for me to note for next time (I know you don't see me as the be all and end all, and nor do I!), but neither of us are learners so to speak, so I hope we can work more fruitfully in the future and on more friendly terms! I can see you are a good editor, you put the effort in and what you do is productive, I just hope we're okay now. --

Yes, that's a good starting point. I'll do everything before that (D, E) Jspoel

If you can find more information about FDR Island on terminal entries pages etc. (game content) maybe you could create a page but I doubt there's more information than the name on a map. That wouldn't be enough. Jspoel

You want to delete to much. I think I'm going to restore Fo3 and Fo2 and these kind of page which maybe be entered in a search bar. Better stick to uppercap problems I think. Now you're fixing links on userpages which aren't important like changing FN FAL to FN FAL (Fallout 2). Jspoel

Why are you making changes like re-naming the FN FAL article-page to FN FAL (Fallout 2)? The FN FAL only appears in Fallout 2, making the little extra there at the end completely unnecessary. Also, you don't need to completely make a new article-page just to de-cap article-pages as you did with FN FAL (Night Sight). There is function you can use by clicking the arrow next to the edit button that allows editors to re-name a page without going through the hassle of creating a new page and putting up a delete template for Administrators to go through later. That's just creating a lot of extra work.

My apologies, then. It looks like I'm going to have to go through those pages, as well. As for help, that would be appreciated. I notified a couple of our bot handlers, but a little manual help will help their jobs go by faster later on.

The Bozar appears in New Vegas, as well, making the (Fallout 2) tag appropriate. As for the M60, I'm not 100% sure. Let me check my references first.

Not bad. It's been a while since even I have been putting in at least 100 edits a day. I'll get the bots to work on the pages I'm deleting and the redirects you've been pointing out.

It shouldn't be a problem. I have the deletion log list at hand, and the bots can run through each article-page to check for errors regarding the red-links made with the deletion of those pages. I would estimate that with the list I have, it probably won't take by 20-30 minutes to clear them all.

Why the hell are you tagging so many articles for deletion?

They are unused pages with, mostly, capital letters in name when lowercase is expected. It's per Jspoel. Read upwards on my talk page. Alatari (talk) 04:29, December 10, 2013 (UTC)

Yes, you can rename pages. And what you suggested is ok too. Jspoel

Retrieved from "https://fallout.fandom.com/wiki/User_talk:Alatari?oldid=2043808"
Community content is available under CC-BY-SA unless otherwise noted.