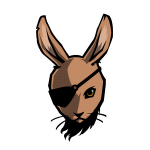 Greetings, Abstractacas, and welcome to the Fallout Wiki! We appreciate your contributions, and we hope you will make more!

I remember you. It's nice to see an "old" face return to activity. Hope you enjoy yourself here again! Jspoel

Presence, or lack thereof, in chat has absolutely no bearing on determining the granting of patroller rights. Patroller is a wiki-side rights function. The Gunny

We got it all from the Van Buren design documents. Jspoel

Hello, Abstractacas. You have new messages at T234LovelyCassie's talk page.
You can remove this notice at any time by removing the {{Talkback}} or {{Tb}} template.

Just saw your messages in the Fallout chat.

Are you still having issues? Have you tried talking to another admin about the issue? Are they making threats or insulting you?

If you like, you can email me at nico@wikia-inc.com to open a discussion.

I've recently been uploading footage on youtube of any bugs encountered on Fallout 4 for Playstation 4, and then updating the appropriate articles on this site. Well this time I have 3 bugs to deliver, but I need to check in with one of them just to make sure it isn't already posted somewhere. Both bugs relate to when a player's settlement gets attacked.

1. During battle, the miscellaneous objective will mark itself as "completed" before all enemies are killed.

2. After successfully defending a settlement from an attack, if you interact with any of the settlers, they will ever fully complete their "thank you" dialogue speech.

3. After successfully defending a settlement from an attack, interacting with any of the settlers may cause you to be stuck in an infinite dialogue camera. The player can walk away, but they will be unable to press any other buttons other than "Options". The only way to fix this is to reload a save.

I've got it all on film, and am currently in progress of uploading it to youtube for everyone to see. My question to you is in regards to the third bug. Has this bug already been noted? I would like to know before I add this to the "Fallout 4 settlements" page just in case.

This message will be posted to multiple patrols for a faster reply.

It's been a long time - you may not recognize this user-name; I was GarouxBloodline back in the day. You happen to still be lurking around? Hope you have been doing well since we last talked. 寧靜

Seeing as I was asleep when events transpired an dhad zero interaction with anyone until after I reviewed the incident on discord, I have taken it upon myself to act as neutral party.

Before I get to the guts of it all, I want to point out a few moderator acts that you seem to have overlooked:

As for Paladin insulting you and being a dick, from what I have seen, Paladin was arguing his stance, he's gruff, stubborn and will argue until the cows come home. You complain about him being a dick to you seems rather unfounded as he wasn't doing anything to try and intentially rile you up.

Yourself on the other hand were making statements that looked like they have been attempting to incite further debate and possible flame-warring Harry Potter > Star Wars and Star Trek > Star Wars came completely out the blue, without any context. You then followed up with im just trying to see how much Paladin is going to argue when you didn't get much of a rise out of anyone, confirming you were flamebaiting.

Weighting in the long running issues you have with Paladin, I've disregarded your personal sentiments for the most part towards him. fucking ban if you want, but Paladin is a fucking asshole and surely i cant be the only one that thinks so however, cannot be overlooked. Distusting was willing to leave it at a warning, but in light of the full situation at hand, I'm going for a ban on the grounds of multiple issues.

Seeing as a significant period of time has transpired since your ban by Ghost Avatar I'm only going with the standard 3 days. I want to make one thing clear: If someone, regardless of position on here rubs you up the wrong way, don't bother to engage them, especially not to incite them into rubbing you the wrong way. You said you're leaving until Paladin comes back, however I'm going to leave the same message I leave everyone: Come back to me after 3 days and I'll lift your ban. Sakaratte - Talk to the catmin 06:36, December 28, 2017 (UTC)

Myself, Distusting and bleep have been discussing the incident above and feel that your behaviour fell below that of a patroller on Discord. As a patroller, you represent Nukapedia not only on the wiki, but on discord as well. As such we have raised a reconfirmation, which will commence at the end of New years day, UTC time. You are free to submit a defence if you so wish on the forum. Sakaratte - Talk to the catmin 02:04, December 30, 2017 (UTC)

As a result of the aforementioned vote, you are hearby formally warned that your behaviour during the noted events was not at the standard we expect from special rights holders on Nukapedia. Although we are not removing rights today, any further incidents of similar behaviour may result in those rights being taken without further vote or warning. Agent c (talk) 22:12, February 7, 2018 (UTC)

Retrieved from "https://fallout.fandom.com/wiki/User_talk:Abstractacas?oldid=2830995"
Community content is available under CC-BY-SA unless otherwise noted.