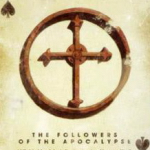 As the policy states, we as administrators reserve the right to veto a policy change if we choose to do so. On the endorsements referendum, we could not reach an absolute majority on whether or not bureaucrats can endorse and what restrictions they would have/would not have if they could. Only a (and this is debatable) plurality was reached, and it is looking like users are deciding to forgo continuing the debate and deny bureaucrats (sysops) the right to endorse. Thus, I am making a polite attempt to gain supporters for a veto of this policy change. I am sending you this message because you voted in favor of bureaucrat endorsement. In closing, I would like to ask the following question: Can I count on your support in a veto of this policy change? Thank you for your consideration.

In light of Leon pointing out a flaw in my message, allow me to clarify why I am doing this: I believe the policy change to be unfair on the grounds that it is a split vote. In total, 10 users voted for options 2 and 3 (both of which allow bureaucrats to endorse; 4 users voted for option 2, which places restrictions on that right), which tallies to 10 users in support of bureaucrat endorsement, and 8 users voted for option 1, which opposes the right of endorsement. Thus, the side in support of bureaucrat endorsement was split. The veto policy states that vetoes can be used for valid reasons. I cite my reason as improper procedure. See the referendum results for further clarification.

I'm not very wordy. That is a much better reason than what I could come up with. That makes three of us.

Thanks very much! I realized then that the Transcluded article was at "BB gun", which was why I couldn't edit the BTS from the weapon pages... Either anyone can make a mistake, or I'm unfortunate. --Breakin'Benny (talk) 11:31, June 20, 2014 (UTC)

Hey, a user came to report you about Wolf Nightingale. You say you blocked Wolf for saying something about the wrong age, but that user claims that lying about age is not a violation of Terms of Use. Despite Wolf's dirty language, perhaps the block can be reduced? Energy X 13:55, June 27, 2014 (UTC)

I decided to keep chat open last night to log it if anything happened. I was running on one hour of sleep yesterday, so I went to bed much earlier than usual. I noticed you tried to get my attention. Did you need something?

Hello, I was just wondering if there was any particular reason that you removed an edit I made to the page for The Screams of Brahmin (Quest). The edit in question had edit number 2159177. It was a perfectly reasonable and logical edit, with information that should have been painfully obvious to anyone with even the most basic knowledge of the incredibly famous stories of Beowulf and Grendel; frankly, I was appalled that no one had been knowledgeable enough to make the edit themselves--in fact, I created my Wiki profile for the express purpose of sharing this logical and well-reasoned "speculation."

P.S. I am sorry if I was a bit short with this message, I have insomnia and wrote this message at 3:53 A.M. where I live, and since my computer is on the fritz and is prone to restarting without any warning, this is the second time I have written this message. Also, sorry if I messed up with the signature; I have never done this before, and so I am pretty sure I found some way to screw up.

Can you hold off reverting J's changes? I talked to him about undoing his edits earlier, and I'm just waiting for him to respond. I don't want to go behind his back and change everything before he gets a chance to respond. 69.l25 (talk) 19:02, July 7, 2014 (UTC)

This is not core work or really constructive. It's nitpicking. And I've seen far too much of it in the past 2,5 years since we lost the content making admins. I'm tired of it, this post I sent to 69 was a build up leading to it. As bureaucrat, main editor and someone who has done the most to improve pages in the time after the split, I think I have a main say in these matters. Jspoel

Clearing up the situation

Hey! Please excuse my late response, I've been on vacation. Thank you for clearing up the situation with Wolf! I'm happy this situation has gotten cleared up, and you and Energy both have my appreciation for getting to the bottom of this. The St of luck in your guys' endeavors! Likes-That-Tail (talk) 22:51, July 7, 2014 (UTC)

I know that the Followers do not support any violence, but if you could overlook that and comment on the Hole's current fight? Just leave the comment undereath, here. The fight is Arcade vs. Driver Nephi. Energy X 13:03, July 15, 2014 (UTC)

It has recently come to my awareness that the Forum:Standardized Guidance Project doesn't meet the criterion for a forum under the Forum:Wiki proposals and applications detailed as:

“This forum is for formal votes on user rights requests and proposals regarding the wiki that have completed the discussion process in Forum:Wiki discussion.”

Requests to move the forum to a more proper location such a blog or a discussion forum have been met with resistance and I require an admin's discretionary action. I've come to you because I believe you to be unbiased.

I am fine with my forum being moved to the discussion forum, although I personally feel the current forum mine is under is more appropriate, since it focuses on proposing guides towards the community. I will mention, though, that I do not want my forum to become a blog, and I insist on this matter as I am breaking absolutely no rules by having my SGP as a forum. Thank you for your time and consideration.

Speaking with Danny, I have decided to just make the process simple by moving it over. There is not really a huge discernible difference, so this is not an issue for me. I still refuse to convert it into a blog, however, just as a general note on the matter.

Why are you going inactive? Real-life business or is there another cause? Jspoel

Retrieved from "https://fallout.fandom.com/wiki/User_talk:A_Follower?oldid=2193468"
Community content is available under CC-BY-SA unless otherwise noted.