Welcome to the Nukapedia News Digest. I am your substitute news-geth, Paladin117!

In your edition this week, we have:

This week's pictures have been selected by our own Sigmund Freud Fraud. 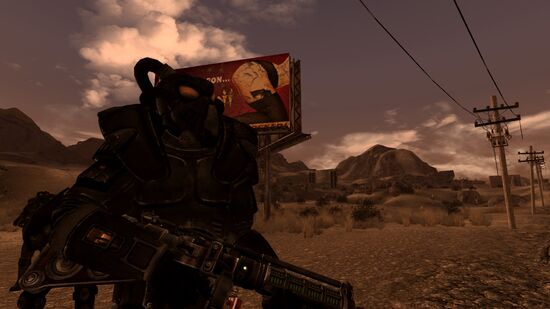 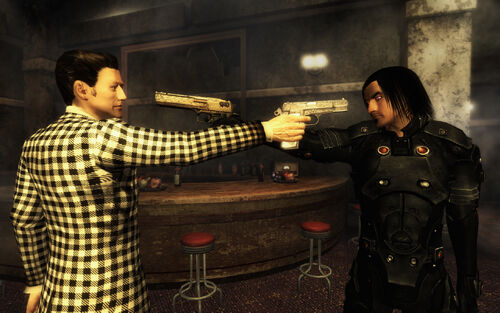 Go on, Caption that, Sigmund dares you.

With the Attribution and Plagiarism policy closed, you can help decide our candidate for contacting the Vault

OnionRings wishes to discuss how we name our articles

KingClyde wants us to use more edit summaries

Round 1 of the Fallout Apprentice has officially ended, you can find the results right here. With Indianaspace2 failing to make an entry, the other contestants will move on to create their own antagonists! May the best (worst?) villain win!

Bethesda Softworks has released a bunch of their games on gog.com, or in our case re-released as Fallout, Fallout 2, and Fallout Tactics are now back in action! After being absent for over a year, the entire classics trilogy has returned to good old GOG and are temporarily 67% off, $9.99 for all three. They also come with Elder Scrolls: Arena and Elder Scrolls: Daggerfall for free. Check it out!

This just in, Bethesda has confirmed on Twitter the existence of a Fallout Monopoly game.

Retrieved from "https://fallout.fandom.com/wiki/User_blog:Paladin117/News_Digest_-_30_Aug_(UPDATE)?oldid=2315728"
Community content is available under CC-BY-SA unless otherwise noted.