Welcome to the Nukapedia News Digest. We'd drink to our youth but our drink has all gone - the age of hydration is just about done.

In your digest this week. 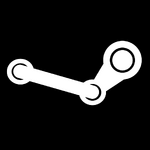 Bethesda, and id Software are ramping up the promotion for QuakeCon 2013. The worlds most famous LAN party also includes a Keynote from id's famed technical director and co founder John Carmack, and exhibitor space with stalls from Alienware, Nvidia, and more.

You'll also be a able to see The Elder Scrolls: Online, Wolfenstein: The New Order, and The Evil Within. TES:O, Wolfenstein and a new DLC for Dishonored will all be PLAYABLE at the show.

Entry is FREE, although reserved seating for the bring-your-own-computer LAN event is showing as "Sold out" (however a "Large portion" of seats are reserved for people on the day, so you can take your chances).

To wet your appetite, he's some stills from The Evil Within.

“I get to have a job where I can walk into Todd's office and he'll hand me a controller and say "here, try this out."”— Pete Hines, VP Marketing, Bethesda Softworks

Online news site "The Examiner" has again posted an article claiming that Bethesda is soliciting fan ideas for Fallout 4.

We are disappointed to be forced to report that this story, just like last time, is false, and is again the result of a failure of basic fact checking by the Examiner.

This is from our Fallout 4 FAQ.

For years the Bethesda Forums have maintained an "Official" suggestion thread for fan ideas. The purpose of this thread is not to solicit fan ideas, but organise those that are coming in anyway.

“This topic is for a friendly discussion of ideas and suggestions for Fallout 4. This thread is so that we can keep all the discussion in one place.”— Bethesda Forums boilerplate comment put in every single suggestion thread

As per Bethesda Forum policy, all threads are closed at 200 posts. Being a popular topic, a similar topic is posted again almost immediately after the previous ones closure, by a forum moderator.

All forum moderators are volunteer members of the forum community, and are not Bethesda/Zenimax staff. They do not speak for any Bethesda/Zenimax group company in any capacity. (The exceptions are those identified as community managers, such as Gstaff and Nick Breckton).

Sadly, this story has been alleged by an online news site a number of times who are clearly unaware of how the Bethesda forums work.

Looking for a movie to see this weekend? If you're out watching Pacific Rim, be on the lookout (sound-out?) for a Fallout veteran - Ron Perelman as "Hannibal Chau" - I haven't seen it so I don't know if the choice of name is significant in any way.. We've stuck his picture on the right for those of you who don't know what he looks like. 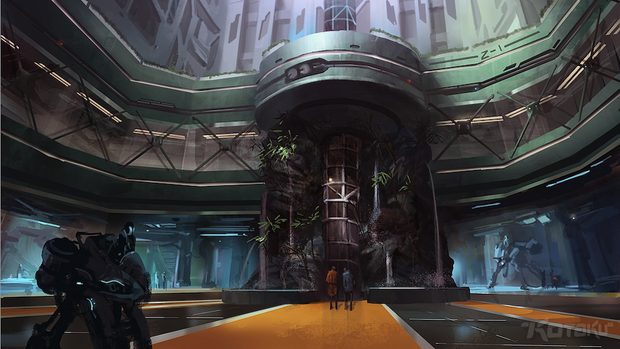 Some interesting, and perhaps depressing news reported by Kotaku - a shelved game idea by the gang at Obidisan

Imagine, if you will, a massive role-playing game featuring guns, time travel, and a nasty alien invasion, all built on Skyrim's engine, with Skyrim's "Radiant AI" system.
That's Backspace, a project that was once under development at the studio Obsidian, I've learned from sources. A small team was designing and prototyping the game in early 2011, and although progress never got very far, concept art and design documents reveal an ambitious project that could interest a lot of people, if it's ever made.

“BackSpace is a single-player action-RPG set in a scifi space environment with simple elements of time travel. The combat is paced similarly to Skyrim, but slightly faster since there is no concept of blocking. The easiest way to look at it is a mix of Mass Effect, Borderlands, and System Shock 2 for gameplay and setting. In the distant future, mankind has colonized the far reaches of the galaxy. Near the center of the galaxy is an enormous space station dedicated to advanced research in a multitude of subjects such as temporal mechanics and nano-cybernetics. The game begins with the station falling under attack from an invading alien force.”— Design Document

“Combat in Backspace occurs very similarly to Skyrim. The player can attack enemies using various ranged or melee weapons/abilities that they acquire/create throughout the game. The player can also utilize stealth tactics to avoid some enemies entirely.”

However, Backspace is no "Skyrim copy with a time machine", Backspace offered a new take on stealth

Companions it seem would be fairly dynamic...

“Since only the player can travel through time, companions in BackSpace take the form of AI’s that the player can equip in their “AI Slot”. An equipped AI can engage in dialog with the player, and provides a bonus to the player depending on the AI like an increase in damage or energy regeneration. AI’s can be found throughout the game and have a variety of personalities. Once the player acquires an AI, they will always be visible on the UI and represented by their emoticon. When an AI talks to the player, their emoticon can change based on their feelings on what they’re discussing.”— Design Document

Sadly, backspace is unlikely to see the light of day, and instead become another Van Buren, but never say never….

“Backspace was a project concept that we neither cancelled nor greenlit, We had some great people work on the idea for Backspace for a bit of time and then moved them off to other projects as opportunities came up. We've been around for ten years now and have had a bunch of great ideas that we still have sitting around that we may be able to return to in the future."”— Feargus Urquhart

Relic of the war that wasn't - LIVE

If you're interested in seeing either, please email us at the address in the top right corner so we can look at getting group rates.

Updating and refreshing the News Digest

We'll be updating and refreshing the look of the news digest over the next few weeks. Please let us know any feedback and suggestions you have.

Your next news digest

Retrieved from "https://fallout.fandom.com/wiki/User_blog:Agent_c/Nukapedia_News_Digest_-_13_July_2013?oldid=2859252"
Community content is available under CC-BY-SA unless otherwise noted.