This week's pictures have been selected by Onion Rings. 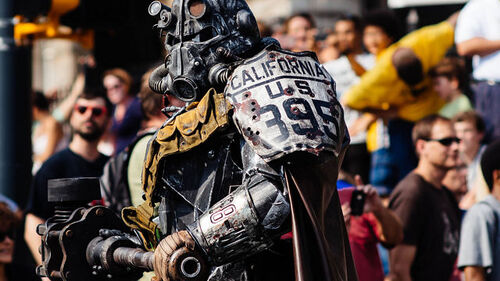 Go on, Caption that, Onion Rings dares you.

For those of you who missed the previous report, User:Sarkhan the Sojourner and user:Skire brought to you the following updates:

We can now add to this list the following:

If you failed to get yourself a pip boy edition… Well don’t fear, you can also get this new “Nuke Pack” 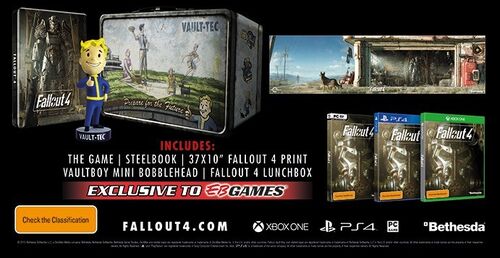 If the lunchbox and Bobblehead look familiar, they should be. They were in the collectors bundle of Fallout 3 in territories where the Pip Boy alarm clock wasn’t available.

In New Zealand you can also get this: 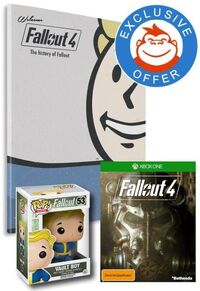 I'll keep my Pip Boy Edition thanks. The Dolls are available seperately in other territories.

Shelter is getting an upgrade

Not only can we expect to see Fallout Shelter for Android in August, but iPhone users can expect an upgrade. New Units, including Deathclaws, will start to attack your vault. Personally, I found Shelter kinda petered out after I maxed out the population, but maybe this will help breathe a new lease of life to it.

If you're tired of tapping things, they're adding a Mr Handy to handle that for you. Sweet.

Retrieved from "https://fallout.fandom.com/wiki/User_blog:Agent_c/News_Digest_-_28_July?oldid=2311865"
Community content is available under CC-BY-SA unless otherwise noted.