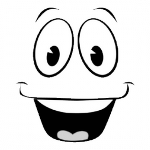 I started playing Fallout back in 2008 when Fallout 3 was released. I bought it in December for the Playstation 3. I'd never played any of the games or even heard of Fallout before that, so the experience was fairly new for me. At first, the average graphics and constant glitches were quite annoying, but before long I couldn't help but want to explore the Capital Wasteland and I ended up loving the game. I purchased all of the DLCs (Point Lookout was my favourite) and became increasingly interested in the series. I bought Fallout: New Vegas the day it was released and I still play it now. Although I've never played Fallout 1 and Fallout 2, I've often humoured the thought of buying them. In my opinion, Fallout 3 was better than Fallout: New Vegas.

Retrieved from "https://fallout.fandom.com/wiki/User:Yes-Man?oldid=1147726"
Community content is available under CC-BY-SA unless otherwise noted.