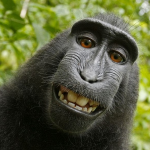 Here Again, For the First TimeEdit

Ya, so I not so recently discovered I already had an account after creating a new one. Also, I add stuff here and there but don't always sign in. Mostly I just do that when the edit is really minor. I'm not looking to rank or brag.

I noticed some people publish their edits every word or two. I just preview substantial changes before posting them. Do I have thousands of edits? No. Is what I add useful? You decide.

I enjoy Fallout as a whole, but have a deep seeded urge to face-stomp fanboyism.

What started as an attempt to clear the roads to preserve caravan merchants late game, turned into a full blown encounter mapping endeavor. 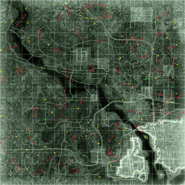 Map of Random Encounter physical spawn points.
Add an image to this gallery

Eventually I may add markings for Enclave outposts and Talon/Regulator hit squads. I'd personally like to be able to visually differentiate scripted encounters from random ones since it's possible for both to occur simultaneously at certain locations.

Pages that need to be createdEdit

Retrieved from "https://fallout.fandom.com/wiki/User:Xclockwatcher?oldid=1624401"
Community content is available under CC-BY-SA unless otherwise noted.