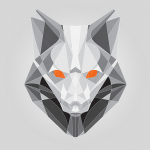 Workspace
Prep page
Another One

I'm an avid gamer, time permitting. My earliest gaming experiences came from the Nintendo 64, which still has a few titles ranking among my favorite games like The Legend of Zelda: Ocarina of Time, Duke Nukem: 64, and Star Fox. Eventually I bought a used Playstation scavenge some scavenged up games from a closing Blockbuster. The original Xbox was next, and after a good time with the system, I decided to stick with Microsoft, later buying a 360 and the One.

Fallout 3 was my introduction to the series, and I found the wiki for the first time soon after. Not long after, I became a fan of the series as a whole. I have since dabbled in the older Fallout titles, with mixed feelings. Fallout: New Vegas reigns supreme as my favorite entry in the series and occasionally I still pay the Mojave a visit. Despite its short comings, the Commonwealth has been home for a while now, though. And Appalachia was a pleasant vacation destination...if you can look past the occasional biological terror and rampant, poorly implemented monetization schemes ravaging the landscape.

Thanks in advance to anyone who stops by!

I'm a fan of classic rock. My favorites include AC/DC, Def Leppard, The Rolling Stones, Motley Crue, and many more. Occasionally an artist or two that seem totally out of character will slip in too, Marty Robbins for instance. Who you might recognize from the song Big Iron after its appearance in New Vegas, but I've been a fan of his since first hearing El Paso as a kid.

Retrieved from "https://fallout.fandom.com/wiki/User:The_Dyre_Wolf?oldid=3276747"
Community content is available under CC-BY-SA unless otherwise noted.