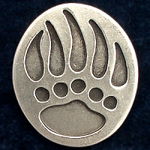 Well, I guess I moved to the new Vault site and won't be editing here anymore. Below is the old 2011 November 20th version of my userpage before the the Vault's migration. The new one is here.

I am a fan of Fallout.

Other videogame series I am in love with are StarCraft (HUGE fan), GTA, Max Payne, Deus Ex, and Monkey Island. I hope to contribute to their wikis at some point. When I have time, which barely ever happens. ;)

Retrieved from "https://fallout.fandom.com/wiki/User:TheBearPaw?oldid=1496330"
Community content is available under CC-BY-SA unless otherwise noted.