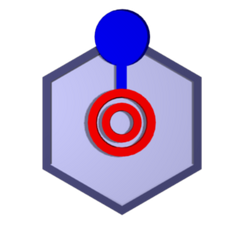 Passive-Aggressive
Look upon my works, ye mighty, and despair!

About the Author[edit | edit source]

I don't really know what to put here. I used to live near BethSoft's offices in Bethesda, Maryland while dad worked in DC. I have been to both Las Vegas and DC, so it's always fun to compare the two. I have never been to Boston before, tho.

I find my life is less about Fallout, but more about gaming as a whole.

I am in love with the Oxford comma. I would marry it if I could marry words. Sometimes other parts of my grammar are rusty tho.

Languages spoken, in order of fluency mostly: English, German, Spanish, some Ukrainian and Russian, very small bits of Japanese (mostly swears), Mando'a (as fluent as one can be in a fictional not fully fleshed out language), some American Sign and some Hawaiian/Hawaiian pidgin (and by extension, pac islander in general).

(I have a profile on wookieepedia and TES as well. I am most active on the TES wiki if I'm not here.)

If You See Something, Say Something[edit | edit source]

If you find an article you would like me to take a look at, please feel free to say so on my talk page. I can't guarantee I will be quick in doing it but I will get to it. Additionally, if you have an issue with a large edit of mine I'd prefer you come to me rather than going in and editing what I already spent precious time on. Or at least look at my edit note for why I changed it (such as adding in Oxford commas) as you might find that it doesn't need any change especially for something so small.

Most are to include DLC unless otherwise stated. New Vegas is missing on purpose (pages worked on are generally through virtue of sharing with FO3 and the fact I went through some of the quests, etc., way back when NV came out) and I plan to go back through FO4 (already been thru once but see above section about edit requests) at a much later date. (New Vegas has a lot more fans than 3 and 4 so I leave it in their hands unless specifically asked.)

Note mostly to self: overhauls required to fix instances of wrongly capitalized words such as "vault" and "overseer". If anyone reads this and wishes to help, let me know which categories/games.

(Fallout Tactics has fallen off my radar)

Jacen, Brotherhood of Steel member trained in scouting and infiltration. His armor is based on armor he saw in the old vids from before the war, of a people called Mandalorians. It is unclear if they were a real people or were simply fictional but had enough fans to duplicate the armor. He will pay anything to learn more, especially if it is about Resol'nare. He knows a handful of words from this long-forgotten 'tribe'.

Logan, bounty hunter turned courier turned mercenary. As the claws attest, he is either a big fan of a comic character known as Logan Howlett or Wolverine, or is in fact him. Smart money's on not asking him either way.

Shane Shepard, NCR Ranger turned Courier turned BoS. Like Jacen, she is a Brotherhood of Steel member with similarly done armor. There appear to be no rules as to what the armor needs to look like, as hers is a different color from Jacen's. Along with that, the BoS seems to not mind at all so long as these 'Mandalorians' can do the work assigned. Knows more words than Jacen, but that may be because of her journeys taking her further around the post-war wastelands.

Alexis Shepard, daughter of Shane Shepard and her wife Jack (Jacqueline). A sniper (who has a machine gun instead of a pistol for backup/close quarters) with an eye towards hacking and making her own modifications to weapons. Also employs the use of tech implanted in her body to make her tougher, with sharper eyesight, and an agile mind.

An alternate version of the Sheres from Fallout 3/NV. He was a Lieutenant in the Army during the Sino-American War and was about to retire before the bombs fell. Nora and Shaun do not exist for him. Instead, the reason he is wandering the Commonwealth is to find who was responsible for freezing him in the first place and then who interrupted his cryosleep. The rest from FO3/NV is true. He is also closest to Danse, Cait, and Piper.

Retrieved from "https://fallout.fandom.com/wiki/User:Shane_for_Wax?oldid=3361383"
Community content is available under CC-BY-SA unless otherwise noted.