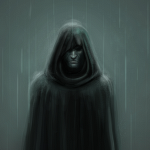 Born in Shady Sands in 2133. Scooter4849 had knack for guns and knives. His father, Bike59510 taught him the tools of being a good Guard. When he was 16, he was given a 10mm pistol and a Knife. After over 12 years of being on the Gaurd, he racked up a huge kill count, killing mostly Khans, Vipers, Radscorpions, Pig rats, and Mole rats. He was considered the best Guard of Shady Sands ever. He would eventually become part of the New California Republic Rangers when Seth founded it where he would live out his days killing in the name of the NCR.

I'm a Fallout fanatic that has played every fallout game(well Fallout,Fallout 2, Fallout Tactics, Fallout 3 and New Vegas). I was deeply intrigued by the series and personally think it is one of the best series of video games ever.

Retrieved from "https://fallout.fandom.com/wiki/User:Scooter4849?oldid=2595286"
Community content is available under CC-BY-SA unless otherwise noted.