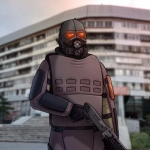 aka The Proletariat (Warwick Spindel..maybe)

Warwick Spindel, now simply known as "The Proletariat"...born in 1709 in London, United Kingdom as the only child to Robert and Lily Spindel, Australian Farmers who moved to England, hoping for a better future there,once known worldwide for his adventures around the world before his death in 1754 in Giza, Egypt, Warwick, now resurrected as simply 'The Proletariat is now known for his involvement with in the popularity of Communism in China and as such his involvement in the and was Joseph Stalins right-hand man (Until that prick Sergei Kirov took his place), he later lead (to a degree) the Chinese Nationalists/Communists to victory in the Chinese Civil war in 1949 then he became noted for getting invoking China into declearing war Against America in 2066, attacking the Anchorage Line, then he directly got President Xin into power over China in 2073 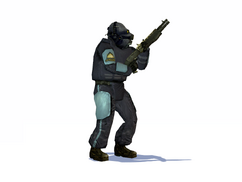 Yells and/or punches at pretty much anything for little reason

Retrieved from "https://fallout.fandom.com/wiki/User:ReneFnock?oldid=2791836"
Community content is available under CC-BY-SA unless otherwise noted.