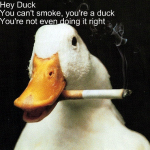 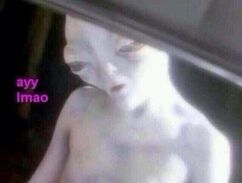 The OfficialLolGuy (formerly "Broccoli.") is just what his name says on the tin; he's an officially-licensed lol guy who often lols with people. He's been known to lol with a myriad of influentials. It's just something in his eyes, that compells you to join in with him in the lol game. He's lold with the Queen, he's lold with Obama, and most importantly, the majestic emperor of Zendronax 6.

But above all, he's really bad at making introductions.

I come here often. I'm 18, and from Salford, England. I've been using this Wiki as a reference and guide since 2009, and I felt it was time to give something back. My main objectives are spelling, grammar, small bits of things I find in the game, and the projects. As of December 2013, I'm also a Patroller.

I was bored once, so I made an entire map of the Fallout universe. https://mapsengine.google.com/map/edit?authuser=0&hl=en&mid=zy5erQ51ukcU.ktGYzdDqm_wA

Art 1: Brotherhood V Enclave - http://fc09.deviantart.net/fs71/f/2013/221/f/3/fallout_3__brotherhood_v_enclave_by_officiallolguy-d6hcjxm.jpg - Made in April, this was the first time I had actually properly drew in years. Basically some Enclave soldiers fighting against Brotherhood guys, with a giant radscorpion sneaking up behind the Paladins. When I did this however, there were a few mistakes, such as me drawing the laser rifle blue since I couldn't find any other decent colours at the time, and the Paladin on the left having a plasma caster from FNV, which I knew but wasn't really bothered about.

Put your signature below.

Pages I need to fill inEdit

Retrieved from "https://fallout.fandom.com/wiki/User:OfficialLolGuy?oldid=2906310"
Community content is available under CC-BY-SA unless otherwise noted.