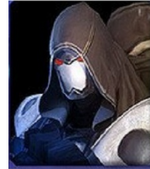 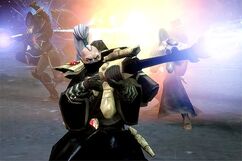 Nemerian is an unknown being that has recently arrived to the vault.

Nemerian came to finding the Vault after he played Fallout 3 for the first time, looking for more quests and things to do, he started to look for a web site where all information on fallout 3 and its predecessors could be found easily and swiftly, eventually "the Vault" was found and he took full advantage of the information on the site.Later he found that much information that he came across in the game was missing in the vault, and he began to edit the site. His first contribution was the "Ritual Knife" as an anonymous user, soon after he created a user on the web site and since has edited much information on fallout 3, when "New Vegas" was released Nemerian started to edit the section as soon as he completed the game.

Nemerian is highly intolerant of vandals(just ask Jspoelstra :P), this also makes him rather wary of anonymous users.

His favorite pastimes are sleeping late on weekends, playing Fallout 3 and Fallout: New Vegas, and of course editing the Vault.

Nemerian is currently a part of the following projects:

i went hunting on the weekend.

Retrieved from "https://fallout.fandom.com/wiki/User:Nemerian?oldid=1448485"
Community content is available under CC-BY-SA unless otherwise noted.