Brotherhood Outcasts, Followers of the Apocalypse

“We are a wiki, not a Strategy Guide...”— Something that I NEVER get tired of saying...

Howdy y'all, I'm LovinglyGaslight! Better known in some parts as either Rurin Gas, or just That Pain in the Ass. These days I'm an oldtimer by most folks standards, Joined the Wiki sometime in 2018, voted for and helped in the first days of The Merge. Hell, check my edit history and you might find me reprimanding folks in days gone by for taking content from The Vault. These days, I try to edit when I can though my expertise lay more in playing the support role; mostly providing advice and helping others edit by spellchecking and the like.

In life, I'm 22 as of wriitng this and I'm studying for my Masters in Design within the Graphics discipline (Though I ususually just say "Masters Graphics" for simplicity's sake). I live in England in the Midlands area, so I will give you a Chelsea Smile if you add speculation to the wiki, I swear... I've played just about every Fallout game in some capacity, from Fallout 4 to FOBOS. I have a Bachelors Degree in Graphic Design (So... Shouldn't my name be "Rurin Gas BA (Hons)"?), which means it is an occupational neccessity that I know a little bit about a good few things, so if you have an errant reference you're looking to chase up in Speculation Removal or something similar, I'm your guy to hit up!

Officially, as of May 16th 2021, I resigned from my position as Chat Mod. I did this for numerous reasons, the primary one being the community environment changed into one that I no longer felt at home in or desired to participate in.

Jspoel taking the top spot for the first time

Old Propoganda poster I made for a former staff member 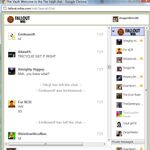 The old Nukapedia Live Chat that preceded the Wiki's Discord

Another proposed logo for Nukapedia 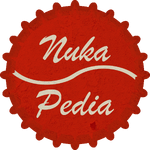 In the olden days, editors had to beat away FO:E fans with a stick