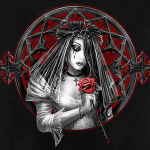 Welcome to my profile... sorry it's so boring and has nothing but hey... I'm lazy, what can I say. But I'm sure one of those few girls that have made records. (No nerdies, 800 hours of TF2 doesn't count) Showing the world!

So anyway... My systems... I mainly play PC, Wii and DS. The reason why I don't have the oh-so-powerful Xbox360 is because I know that sooner or later, any good Xbox 360 game will end up in PC, if it hasn't already. Wii and DS because I can't really expect to find any games like those on PC. And I have to say... I hate, hate piracy.

Right now... I'm living in an annoying island that I hope to leave sooner rather than later. Yes... it's that Asian island that has a macho society. Ugh. It also has Nintendo. =D I've traveled to other countries... United States, China, Mexico, France. I was planning to go to Australia but... things changed... a lot for the worse. So my next far-away objective is Germany.

Lovely. So now, here are so American (United States, not the continent) quotes just for you people:

"...They told me they use Euros outside the US..." (This one is stereotypical)

Okay, now for the actual smart ones:

"Well I think that as man has progressed over time, they actually became less intelligent" (A friend's quote)

Retrieved from "https://fallout.fandom.com/wiki/User:Keimei?oldid=1311206"
Community content is available under CC-BY-SA unless otherwise noted.