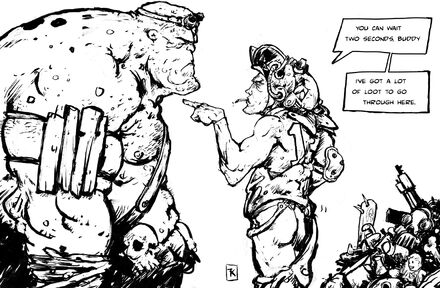 Why is everyone so angry?

Historically (1970s and 80s especially), computer games (especially rpgs) were created by and for a mathematically bent, sci-fi loving, well-read, techno-literate niche. Console gaming historically grew up more in the mainstream, in close connection with arcade games and (what would come to be known as) casual gaming. As the graphics capabilities of both pcs and consoles approached the level of movie and tv animations (early 2000s), gaming as a whole became a mainstream industry, whose revenues today rival the revenues of the movie industry. The niche (who are still around and still gaming) tends to lament the business-driven catering toward the widest possible market. Especially, they (we) lament the change in rpgs - from a niche product developed by and for people who shared certain enthusiasms and understood each other well; toward an entry-level gamer-friendly experience that emphasizes what the niche always considered peripherals (graphics, voice-acting) and de-emphasizes what the niche considers core (combat mechanics, choice and consequence, mathematical, tactical challenges).

The Fallout collection of games is nearly unique, in that it spans almost the entire history outlined above (especially if you include Wasteland in the "collection") AND has achieved huge sales. This results in the Fallout community you can see in action in this and other similar forums: a large community with a remarkable range of ages, countries of origin and gaming backgrounds, struggling to understand each other and make themselves clear - all the while disagreeing about some of the fundamental questions of game design. Add to this the text-mostly and anger-conducive media of internet forums and wikis and you have our present-day situation.

It's a wonderful, all-too-human fray. And I love it. 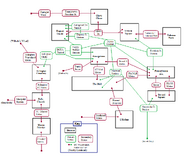 Map of the District

New Vegas map and legend
Add an image to this gallery
Retrieved from "https://fallout.fandom.com/wiki/User:Gothemasticator?oldid=3154745"
Community content is available under CC-BY-SA unless otherwise noted.