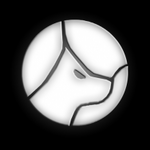 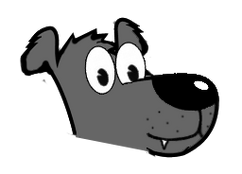 “funny how something could look like heaven on the outside, but be the ninth layer of hell on the inside.”— Cameron

Cameron was born from a orphanage for a bio-enhancement experiments from the NEDTUS corporation, most of which fused his DNA with canine animals, and a slight amount of king cobra. This made him gain an extraordinarily long lifespan, poison glands (connecting to his claws and teeth), and a cell with a view. NEDTUS then went bankrupt due to unethical spending, so Mr. House ended up buying the company, and used the knowledge to try and prepare for the future nuclear holocaust. Mr. house was brought to the attention of Cameron's existence, and was about to order him frozen for examination, until Mr. House read the reports that show that he was often called in to repair most of the equipment in the lab in exchange for a can of soda. Cameron was then appointed as Mr. Houses privet handyman, namely for the low cost, and high quality work.

when the bombs hit, Cameron was sent to vault 24, a larger vault where a multitude of other experiments were being held for the preservation of scientific subjects. he was one of six residents, (Alex, Steven, Alana, Agliar, and Jacob), and one of 113 experiments in the vault due to this, no overseer was appointed. The vault also had no way for it to be opened on the inside. the overseer from vault 22 was expected to come and retrieve the experiments. After 30 years, Cameron was the only resident left alive. Jacob and Steven went into one of the experiment's pens and never came back, Alex went insane and killed Alana, killing Alex in the process, and Agliar was killed trying to put one of the non-resident experiments back in its cage.

after the vault automatically opened, Cameron spent his time wandering the wastes with his face veiled looking for a either a friendly face (mainly ghouls), or at least some Sunset Sarsaparilla. That is until he came across an armed forces base with a locked military cache of modified energy weapons, lazer guns, and Sentry bot (Fallout: New Vegas)s. after simply climbing through one of the vents, he landed in the armory, ran a facial scan to mark him as the robot's new general, took all the guns Cameron and his newly acquainted robot army could haul, and headed back to vault 24 and became the vault's first overseer, hoping to set up a new, prosperous city in memory of the previous residents of the vault.

every once in a while, travelers would see the vault and stop by so they could strip the vault for parts, but instead got a warm welcome, and a warm bed to rest in through some projections of a friendlier looking version of himself. after a while, there were settlers who were hoping to make a home in vault 24, and Cameron accepted, as long as they made sure they pulled their own weight and got a job helping around the vault, which they agreed was a fair enough bargain.

Cameron looks like a cartoon wolf while friendly, and a anime version of his real self when hostile through the monitors. In reality, he looks like a nightmarish, anthro-wolf with long claws, a red and a black & white eye. despite having slight cobra DNA, he does not bear any resemblance to a snake.

Retrieved from "https://fallout.fandom.com/wiki/User:Folf182?oldid=954594"
Community content is available under CC-BY-SA unless otherwise noted.