Welcome to my userpage, the name is André. Going by the handle Findabair on this wiki and as Xorane in most online games.

Even though it sounds like a cliche, my first game ever played was Pong on a gray unbranded box, which qualified as a console in the '80s, I guess. I then moved on to such classics like Superstar Ice Hockey on the C64, Gorillas on my first laptop and after having bought my first PC, I eventually met Fallout - and have been hooked on the series ever since.

At a quick glance...

I have been asked some really weird (and some not so weird) questions in my life and just thought, I'd share them here:

Successfully got shoveled by the queen of dictators on October 2, 2020 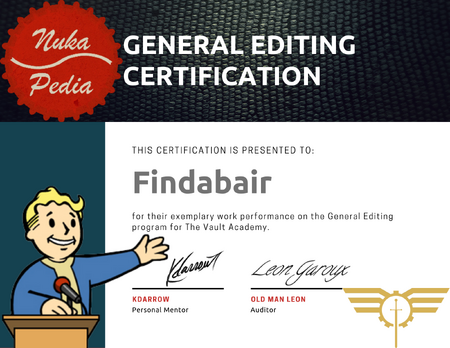 Ranked #9
on this wiki