I'm not here for radical article changing, but more for correcting grammar errors and such. If I've edited some of your text and you disagree, please tell me. There's no need to flash your eraser, I'm sure we can talk it out.

Favourite weapons: Anything that doesn't degrade fast and uses a plentiful ammo type.

The level design was (as usual with Bethesda) fantastic and very stylish. The action was epic and the pre-War weapons awesome. However, there were several mistakes made by the developers in their hurry (both sides use different assault rifles but the same sniper rifles and the Gauss Rifle is of Chinese origin but only used by the US Army). Also, the final loot was rather disappointing, as a lot of new stuff (most of the new pre-War weapons and the Chinese outfits, for instance) was not in the armory. Which made me sad. :( However, thanks to a combination of two glitches I've got my hands on the pre-War Chinese Assault Rifles which makes up A LOT for the emptiness of the VSS Armory. It's just a shame I had to do it the glitchy way, because Bethesda was apparantly too lazy to implement it. 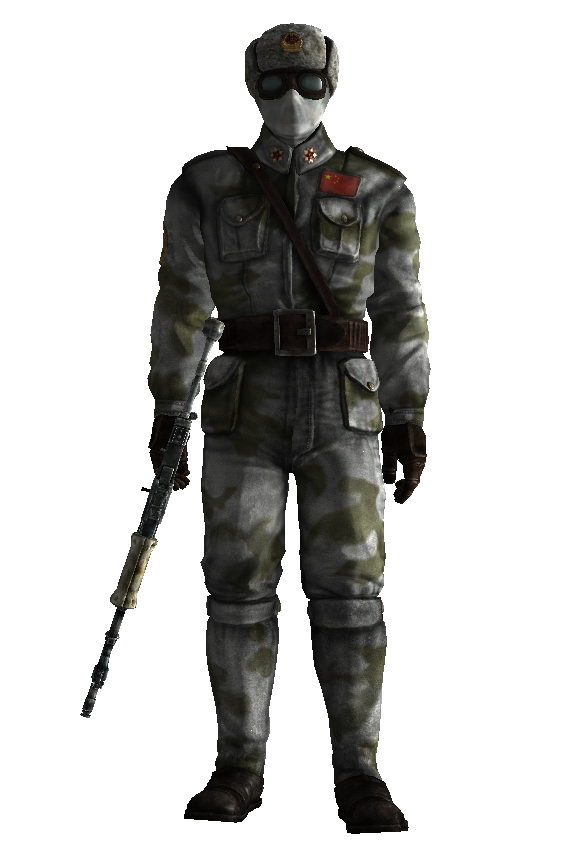 We will definitely be victorious!

Retrieved from "https://fallout.fandom.com/wiki/User:Echo11?oldid=231102"
Community content is available under CC-BY-SA unless otherwise noted.