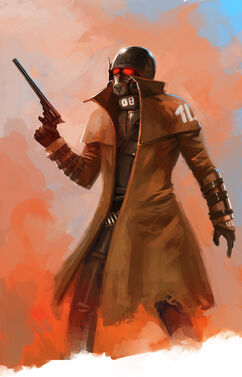 "Real democracy will only be achieved trough proletarian dictatorship."

Useless Bureaucrat in a dying wiki


There will come soft rains and the smell of the ground,
And swallows circling with their shimmering sound;

And frogs in the pools singing at night,
And wild plum trees in tremulous white;

Robins will wear their feathery fire,
Whistling their whims on a low fence-wire;

And not one will know of the war, not one
Will care at last when it is done.

Not one would mind, neither bird nor tree,
If mankind perished utterly;

And Spring herself, when she woke at dawn,
Would scarcely know that we were gone.

Dragão Carmesim (with a m, ignore that n in the user name, plox) is the Apocalipse Escarlate (Portuguese Fallout Wiki) sole survival, Lincoln, now inactive Fallout Wiki Bureaucrat, passed the mantle and the editing curse to me, so i need to find another sucker to edit in my place.

Retrieved from "https://fallout.fandom.com/wiki/User:Dragão_Carmesin?oldid=3265114"
Community content is available under CC-BY-SA unless otherwise noted.