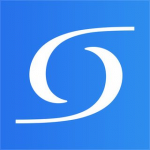 Notes: Some stuff may not appear correctly, but I'll need reference from in-game to debug. Most notably, some Vault boy perk images seem to be overstepping their bounds (While most are dead-on), and I'm not sure what the points thing is for, nor how high it goes.

Notes: The good news is that I think I finally figured out how Map data is stored in the ESM, and my work on an ESM parser has now reached a level that's pretty damn impressive in performance and code neatness. While debugging, it only takes about 3 minutes to traverse every entry in the Fallout 76 esm file. In release, it should rival the CK.

The bad news is, Fallout 76 stores its terrain data in an external file, the format of which I'm at a loss to how to parse. So, either someone smarter than me, or a CK release for 76 will be needed before I can continue with this

Maybe if I want to get crazy, I could always try doing this with a map from a previous Bethesda title.

Retrieved from "https://fallout.fandom.com/wiki/User:Digital_Utopia?oldid=3147268"
Community content is available under CC-BY-SA unless otherwise noted.