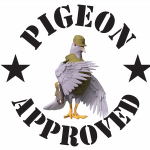 “Alexandra was tall and blond, with a balcony you could do Shakespeare from”— Edwin Drood
“You... You killed a Nepenthe spider with a fork”— Robin Goodfellow
“Sleep is God. Go worship.”— Waldo Butters
“SCIENCE BITCHES! IT WORKS”— Zerginfestor
“Measurements made. Bombs built. Powder's dry. OK, let's blow something up!”— Techies Demolition

I've loved the Fallout Universe since I played Fallout 3 in middle school. Now that I am much older the only Fallout game I like is New Vegas. If you have any other opinion you are wrong. I used to be a regular here, but certain people made it not fun, then I found out that I needed this place too much and left. Now it seems like the new owners of this place have made it even worse and care even less about what regular users want, so I'll mostly be here to look up Object Id's.

I would like to thank This lost man and This awesome guy for helping me with security, by making my two weapons to defend myself. If you are interested in reading, you can read the Fanfiction I have made but not completely written, go here. User:Denis517/Fallout: Texas 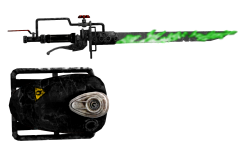 You can't keep a good Saiyan down. - CC

The Zombie which, for reasons unknown, you haven't liquidated yet in the name of the Enclave...

We should play together sometime, right? Isaac

How did I not see this?

Prepare for the Future!

Vault-Tec and the Enclave have an affiliation. I have a feeling you'll be monitoring my Vaults.

Retrieved from "https://fallout.fandom.com/wiki/User:Denis517?oldid=3053235"
Community content is available under CC-BY-SA unless otherwise noted.